Our lungs for life 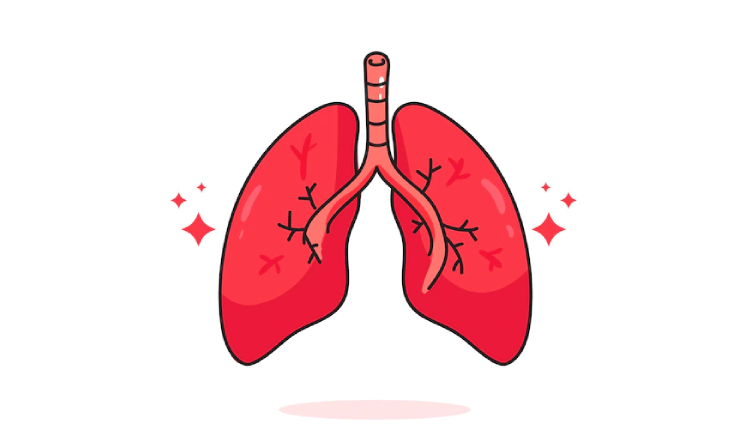 The lungs are one of the most important cardinal organs in the respiratory system. It holds the space for gas exchange and is driven by the respiration muscles. Respiration is one of the most important life processes, through which the lung purifies the blood. Respiration is not just a process of breathing in oxygen and breathing out carbon dioxide at the alveolar level, but at the tissue and cellular level too.
Breathing is a process which happens at many levels. Breath establishes a rhythm through harmonious exchange and it is seen in nature between plants and humans.

Through breathing, human beings establish a connection with the plant world. What we exhale as CO2 is consumed by the plants for their photosynthesis and what plants breathe out contributes to our supply of oxygen in the atmospheric air.

Lung health amidst the growing pollution:

It is important to maintain harmony in the ecosystem. With rapid urbanisation, the destruction of trees, growing industries and an increase in motor vehicles, the pollutants in the atmosphere have increased manifold.

Atmospheric pollution is an increasing problem and the major pollutants include various oxides of nitrogen and sulphur, ozone, carbon monoxide, various hydrocarbons and particulate matter. Nitrogen oxide causes upper respiratory inflammation while sulphur oxide and ozone cause lower respiratory inflammation. Carbon monoxide and hydrocarbons produced largely by internal combustion engines are carcinogens and tobacco contributes to their increase. The concentration of atmospheric pollutants has significantly increased by a temperature inversion which prevents the normal escape of the warm surface air to the upper atmosphere.
Many pollutants in the atmosphere such as aerosols stay suspended as small particles. When they enter the respiratory passage depending upon their size, large particles are deposited and trapped while medium and small-sized particles are sedimented along the passage and hinders the gas exchange.
Hence, the development of respiratory problems like allergy, asthma, chronic bronchitis, Chronic Obstructive Pulmonary Disorder(COPD) and lung cancers are increasing.

The lung is a sacrificial organ in its selfless work of supplying oxygen to the tissues and clearing the metabolic waste as carbon dioxide from the tissues. In the early embryonic stage, it gives space to the heart, sacrificing its size . Maybe this is why we have two lobes on the left side and three lobes on the right side. The lung also has a vital role in metabolic functions in deactivating various unwanted substances in blood circulation. We must revere this organ and work towards protecting its efficiency with the right lifestyle and avoid contributing to air pollution, thereby protecting the atmosphere on one hand, and practise breathing exercises to have optimum and efficient breathing and protect the lung for life.

Foods to Enhance Your Immunity This Winter Season

Essential Winter Spices to make You feel Healthy and Comfy

Essential Veggies to Add to the Salad

The Benefits of Working Out Three Times a Week