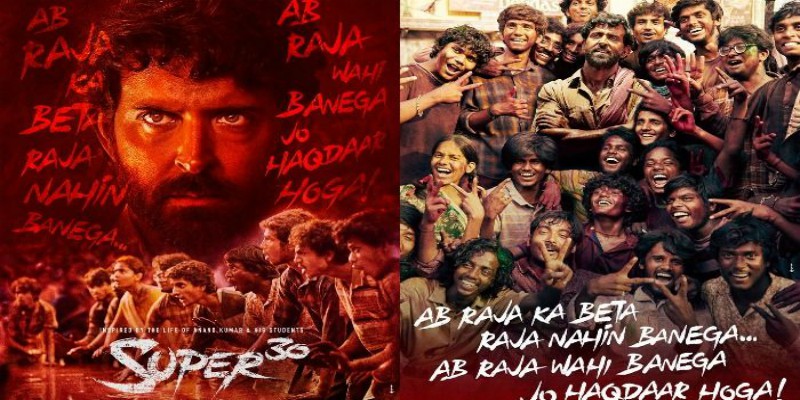 Hrithik Roshan keeps sharing details about his forthcoming biopic Super 30, which is based on Brilliant mathematician Anand Kumar and his program Super 30 for underprivileged students.

It is a known fact that Anand Kumar hailed from underprivileged background himself and made it back with his sheer dedication and relentless pursuit for higher education. One such incident involves Kumar sneaking into BHU to access foreign journals to increase his knowledge.

Hrithik Roshan just took to his social media profile and shared a new poster of Super 30 and he wrote, “Anand would travel every week for 6 hours by train with no money just to access the library at BHU into which he used to sneak in because outside students weren’t allowed. Only so he could access the foreign journals which they stocked. It is the sneaking into BHU but that got me”

I’ve Made A Mental Note To Never Wear Something Too Heavy At My Own Wedding,” reveals Diana Penty in the latest Issue of Femina Brides

Super 30 will be Phantom Film’s last production. The film was shot in Ramnagar Fort and in Sambhar Lake Town which was shown as Kota, Rajasthan.

Super 30 Director Vikas Bahl Is Cleared In Me Too Case!