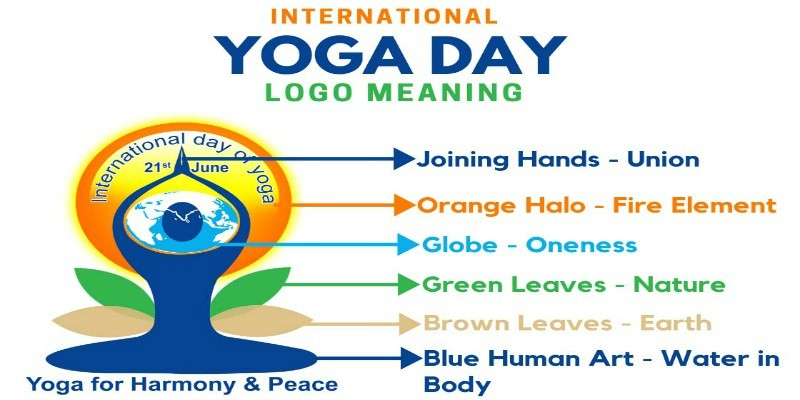 International Yoga day, is celebrated annually on 21 June since its inception in 2015. An international day for yoga was declared unanimously by the United Nations General Assembly (UNGA). Our Indian Prime Minister Narendra Modi in the UN address suggested the date of 21 June, as it is the longest day of the year in the Northern Hemisphere and has a special significance across the globe in many regions. In 2015 Reserve Bank of India issued a 10 rupees commemorative coin to mark the International Day of Yoga.

Yoga is a Sanskrit word which comes from the root word Yuja which basically means to bind to align to hold. Lord Shiva is considered the father of ancient yoga while some historians claim that Patanjali is the father of modern yoga. Yoga is a group of physical, mental, and spiritual practices or disciplines which originated in India. The origins of yoga have been speculated to date back to pre-Vedic Indian traditions; it is mentioned in the Rig Veda, but most likely developed around the sixth and fifth centuries BCE. There are numerous benefits of performing yoga on a regular basis.

Significance of Yoga: To promote global health, peace, and harmony

Celebrations: Practice of Yoga and meditation, spreading awareness on Yoga and its benefits, and, adopting it in one’s life and making it a regular practice to stay healthy and with peace.

The first International Day of Yoga was observed around the world on 21 June 2015. The Ministry of AYUSH made the necessary arrangements in India. 35,985 people, including Narendra Modi and dignitaries from 84 nations, performed 21 asanas (yoga postures) for 35 minutes at Rajpath in New Delhi. The day was observed by millions across the world

Yoga is an invaluable gift of India’s ancient tradition. It embodies unity of mind and body; thought and action; restraint and fulfilment; harmony between man and nature; a holistic approach to health and well-being. It is not about exercise but to discover the sense of oneness with yourself, the world and the nature. By changing our lifestyle and creating consciousness, it can help in well being. Let us work towards adopting an International Yoga Day. — Narendra Modi, UN General Assembly.

To look young, stay young and have a peaceful life, Yoga is the only choice. Respect your body and create your future.

Yoga is the journey of the self, through the self, to the self. Happy Yogaing!!!

International Yoga Day 21 June: 8 Robust Reasons To Practice It During The Pandemic

Rejuvenate Yourself Every day With Yoga & its Benefits