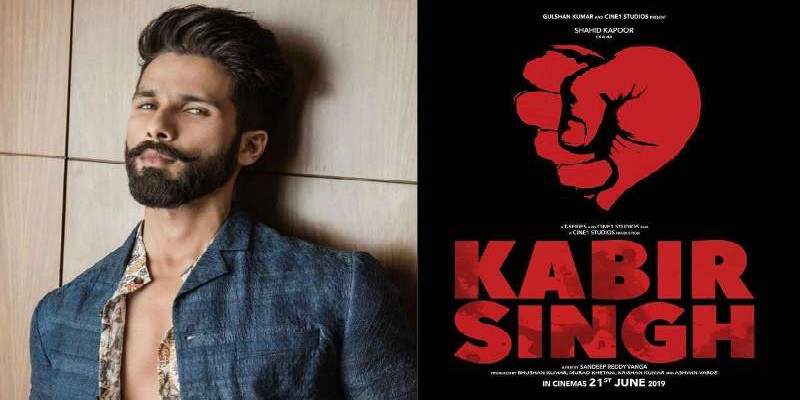 Actor Shahid Kapoor And Kiara Advani starrer has emerged as a massive blockbuster and probably the biggest solo hit of the Shahid’s career. The film has entered the 100 Cr Club.

The remake of Arjun Reddy, Hindi version Kabir Singh earned a record-breaking 28 crore on the opening day. The box-office success is especially important for the film as it defied several setbacks.

T-series head honcho Bhushan Kumar just took to his social media profile and made a whopping 100 Cr at the box-office. He tweeted, “Kabir Singh crosses the 100 cr mark comfortably at the Indian Box Office. Congratulations to the team for this big success and a big thank you to the audience who supported the film. @imvangasandeep @shahidkapoor @Advani_Kiara @TSeries @ashwinvarde @MuradKhetani @Cine1Studios”

Shahid’s biggest hit is Padmaavat, although he was overshadowed by Deepika Padukone and Ranveer Singh, with Kabir Singh, the actor has set the record straight.

Kabir Singh is written and directed by Sandeep Vanga. It is a remake of his own Telugu film Arjun Reddy (2017). The film is jointly produced by Cine1 Studios and T-Series.

The film focuses on the title character, an alcoholic surgeon who goes on a self-destructive path after his girlfriend is forced to marry someone else.

The film was released on 21 June 2019 and received mixed reviews, with criticism directed at it for glamorizing misogyny and toxic masculinity.