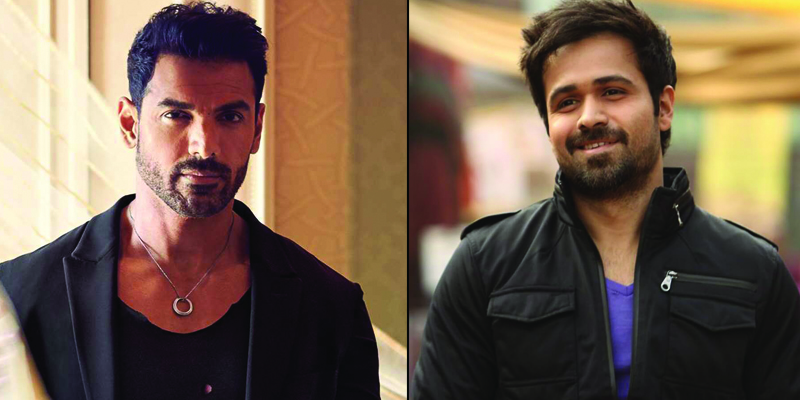 After Kaabil in 2017, filmmaker Sanjay Gupta hasn’t announced anything new, until now. Gear up folks, the filmmaker is all set to team-up with two of the most iconic actors – John Abraham and Emraan Hashmi – in a gangster extravaganza.
Filmmaker Sanjay Gupta, who has helmed some wonderful work like ‘Jung’, ‘Kaante’, ‘Aatish’ is all geared to roll out his next, gangster drama, set in the 80’s and 90’s.
The story revolves around the key elements that turned Bombay into Mumbai, including the mill downing shutters, the murder of the key business man, the Nexus between the politicians, cops, the underworld and the business fraternity and the drama around the eventual changes in the city’s landscape.
It has taken the filmmaker six years to return to his favourite genre with a project he had been aiming for since 2013.
The filmmaker Sanjay Gupta shared a link of story on his timeline, where he has announced this next untitled movie. He captioned it, “John Abraham and Emraan Hashmi team up for Sanjay Gupta’s gangster drama”
The yet-untitled film is produced by Bhushan Kumar, is set in the 1980s-’90 s and revolves around all that went into transforming Bombay into Mumbai.
The two hero film is a chase drama of between the lead characters with one of them playing a cop, and other one being a gangster. Both John and Emraan will be presented in a larger-than-life avatar throughout.
Sanjay Gupta’s last directorial Kaabil, a thriller starring Hrithik Roshan and Yami Gautam, revolved around two blind lovers and how unfortunate events leads them to seek revenge. The movie recently released in China, after making huge bucks at Indian box-office
Tags
Emraan Hashmi gangster Hrithik Roshan John Abraham Sanjay Gupta Sanjay Gupta’s Yami Gautam
0 Comments
Lifeandtrendz June 11, 2019
Share
Tweet
Share
Pin
Popular Posts

Mumbai Saga Ensemble And Details Are Out

“WHEN PEOPLE WERE HAVING DOUBTS OVER MY CAPABILITIES, I PROVED THEM WRONG,” SAYS JOHN ABRAHAM