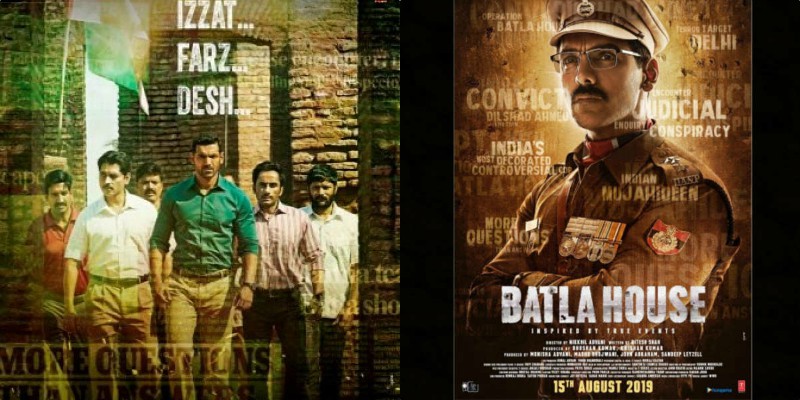 Actor John Abraham is leaving no-stone-unturned to promote his forthcoming real-life-based drama Batla House, shares yet another intense and thrilling new poster a day before its trailer release.

Batla House starring John Abraham is based on the most controversial Batla House encounter which took place in Delhi in 2008, where two suspected terrorists were gunned down and two others were arrested while one accused escaped.

The teaser for the film is out, which opens to an audio clip of frantic police officers sending a message to their senior stating that they heard gunshots and require backup. The camera then shifts to two young boys who were possibly firing those shots. The clip then flashes montages of John dressed as a police officer trying to gauge the situation at Batla House.

The film is scheduled to release theatrically on 15 August 2019.