Love is Not off the Table Even in Omicron’s Time, Couples and Their V-Day Plans 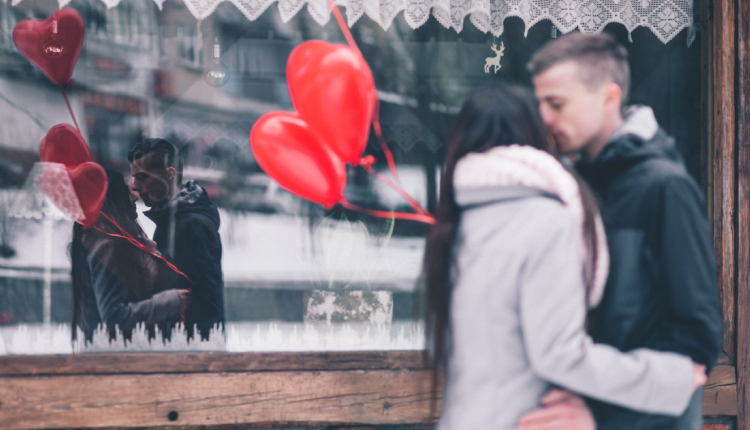 They say love is in the air, but it has been two years since COVID started to exist in the same air, making it hard for couples to breathe. As if COVID wasn’t enough, the end of 2021 felt like a déjà vu with an emergence of a new variant, Omicron. Couples already had a hard time in the last two years with almost no or very few in-person meetings. Many cities have already imposed restrictions and partial lockdowns. How will this affect the valentine’s day plans of our lovers and couples?

QuackQuack, India’s leading dating app, has added 5 million users in the last year. It has now 15 million users, the majority, 70%, of them are from smaller cities and towns, while 30% are from metros. It surveyed its users to understand how the rising cases of the new variant have once again affected their plans for this big day. Among the participants, 64% of the users live in the same city as their partners, while 36% are in a long-distance relationship.

Love only through screens, the plight of long-distance relationships / Spent half a year without meeting

With restrictions on flight and the fear of virus transmission, the majority of long-distance couples decided to stay at home for the safety of their loved ones. In the survey, 73% (83% women and 62% men) of users in long-distance relationships mentioned that they haven’t seen their partner for more than six months.

Ready to step out

The majority of men, 68%, are planning to fly to their partner’s city if the government doesn’t impose restrictions on travelling. Whereas, for users in the same city, 69% plan to go out to restaurants or indulge in some fun activity while following all the guidelines. It includes 68% women and 70% men.

Video calls are still the saviour

More than half the women users, 58% think that it is safe to stay at home and spend this valentine’s day the same as they did last year. Whereas, only 34% of men want the same as women. They are planning to have virtual dates and make the best of these times. Couples may try getting intimate and make things spicy.

Beaches for women, mountains for men

What is Valentine’s day if it isn’t celebrated around beaches and mountains? After all, love is about taking risks. Even in the pandemic, 31% of the users want to celebrate V-day in a different city with a romantic view. Most of the women users prefer beaches, while a large number of men want to do something adventurous with their partners like trekking or hiking.

Along with Valentine’s Day, there are seven different days. The arrival of each day leads to the final big V-day. The survey found out that other than V-day, the majority of the users, 88% are excited for kiss day (42%), hug day (28%) and propose day (18%). After all, for more than two years, kisses and hugs were under surveillance.

Ravi Mittal, Founder and CEO of QuackQuack, said, “The pandemic has made things difficult for the couples, but as we say, “everything is fair in love.” Omicron might have cancelled many plans but the couples are getting creative and will use the best of technology to make their day worthy.”

The pandemic has made couples do things they never thought of. From proposing on video calls to online movie date nights, couples have prepared themselves for the worst. If the virus is in the air, then the couples know where else to look for love.