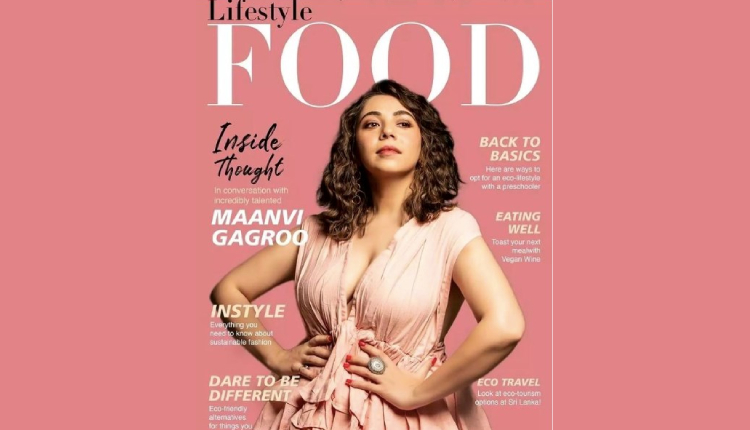 Maanvi Gagroo is one actress whom the audience wants to see more of ! She has entertained us with some amazing web shows and has given some enthralled performances in films. The actress is now looking amazingly beautiful on the cover page of Lifestyle Food Magazine.

Sharing the cover page, she wrote, “It’s okay to judge a magazine by its cover.” The actress is looking gorgeous on the cover page.

The actress started her acting career in 2007 with Disney India’s Dhoom Machaao Dhoom show. She became famous with the show but what garnered her the most attention was her role in 2011 movie No One Killed Jessica. Since then she has been delivering some superb performances.

She has a good fan following in the web world. Shows like TVF Pitchers , TVF Tripling made her a household name. Her show Four More Shots Please! was one of top three most-watched Amazon Original Series from India in 2019, and season two was called “the most-watched Indian show on the platform” in May 2020.

On the work front, she will be next seen in season 3 of Four More Shots Please! which will also star  Sayani Gupta, Bani J and Kirti Kulhari alongside her.

FROM VIRGINIA WITH LOVE

How to give Individual Space in a Relationship?