NATIONAL BEST-SELLING AUTHOR, AKSHAT GUPTA, IS BACK WITH THE SECOND PART OF THE THRILLING SERIES, THE HIDDEN HINDU 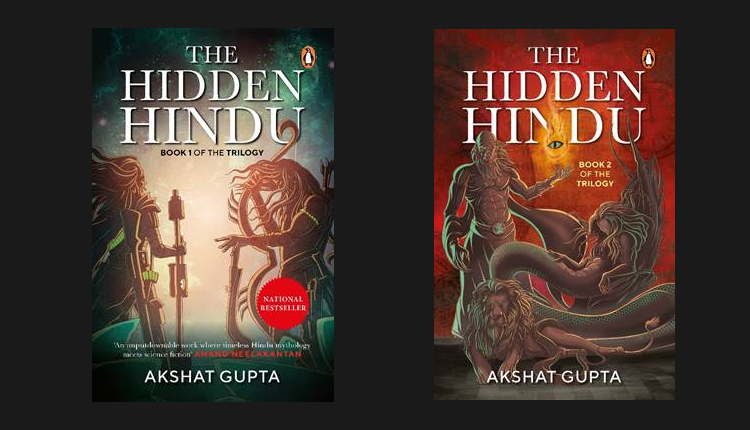 Published by Penguin Random House India, The Hidden Hindu 2 by Akshat Gupta, which captures Indian mythology and science fiction in a nail-biting thriller, releases today. The first part of the trilogy which was launched earlier in the year has become a best-seller within a record time period of five months.

The Hidden Hindu 2 takes the storyline from the cliffhanger to bring to the readers a myriad of revelations and twists. It narrates a captivating journey of what seemed to be the end of wars to only be another beginning. Enthralling, exciting and entrancing, the book explores the past with secrets that hold the power to shake ancient beliefs of the present, resulting in an alteration of the future.

Expressing his thoughts, national best-selling author, Akshat Gupta, said, “If you have liked the first part, then you are going to absolutely love The Hidden Hindu 2. It has unexpected twists and breathtaking revelations which will keep the readers on the edge. I am grateful for the love that has been showered for the first part and hope that they continue to show the same excitement and enthusiasm.”

While the first battle is lost, the protagonist, Om, is yet to learn about his past. The Hidden Hindu 2 explores the hidden agendas behind allies and the identities of LSD, Parimal, and eventually, Om. Akshat Gupta takes the readers on an adventure as they traverse to gather knowledge if the book of Mritsanjeevani holds a bigger purpose than even immortality for Divinities and Demons.

Milee Ashwarya, Publisher, Ebury Publishing and Vintage, Penguin Random House India, said, “The Hidden Hindu 2 is the much-awaited sequel to the bestselling book The Hidden Hindu; it is gripping, action-packed and takes the story forward with unexpected twists and turns. Many congratulations to Akshat Gupta, and I hope this is a bigger success than the first book in the series.”

The Lord of the Rings: The Rings of Power: 4 easter eggs that you might have missed in the first two episodes of the Prime Video series

How Does “Love at First Sight” Work?