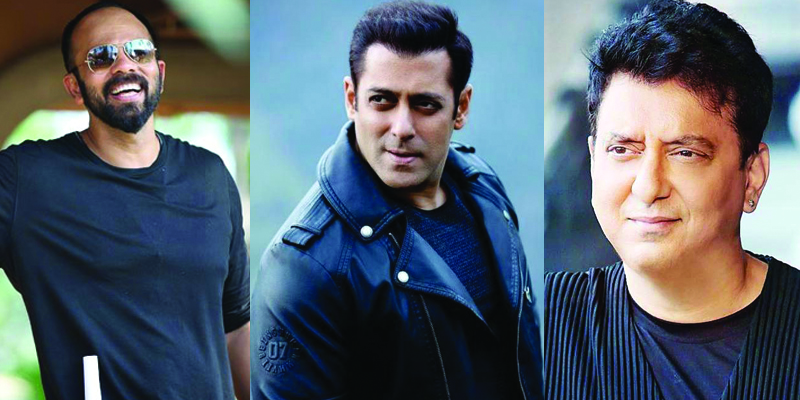 Hrithik’s sister hits back at reports claiming her deteriorating health

News was viral that hit filmmaker Rohit Shetty has been roped to director Kick 2, starring Salman Khan under the banner of Nadiadwala Grandson Entertainment, but it is not true.
The official handle of Nadiadwala Grandson just issued a statement clearing the air about film director. As announced earlier, Sajid Nadiadwala will be directing the film and not Rohit Shetty.
The tweet read, “‏Clearing the air, we strongly deny any reports of association of any other name as the director of Kick 2. The next of the franchise, Kick 2 is with Nadiadwala Grandson Entertainment & will be directed by Sajid Nadiadwala.” It was reported that Salman Khan and director Rohit Shetty are teaming up for Kick 2, as Rohit is master at directing action scenes and car chase sequences, he will be the perfect fit for helming the sequel, which will be high on both of these elements. Also, the team up of Rohit and Salman will add to the star value but it is not true. The film will be helmed by Sajid Nadiadwala.
Salman Khan, who is basking in the glory of Bharat, will next be seen in Dabangg 3 – which is directed by Prabhu Deva, and produced by Salman Khan Films and Arbaaz Khan Productions.
The film also features Sonakshi Sinha, Arbaaz Khan and Mahie Gill reprising their roles from the previous film, while Sudeep plays the antagonist. The film is scheduled for release in 20 December 2019.
Tags
banner Sajid Nadiadwala Salman Khan
0 Comments
Lifeandtrendz June 10, 2019
Share
Tweet
Share
Pin
Popular Posts

Verdict is Out, Bharat Is Salman Khan’s Biggest Opener