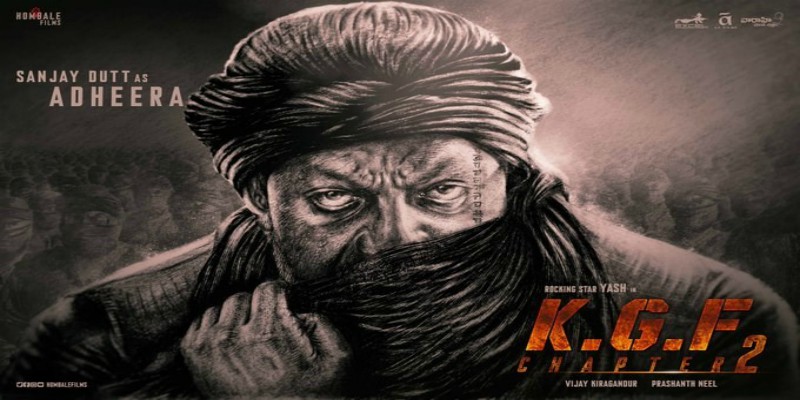 After releasing the first look poster of much-awaited KGF Chapter 2, the makers are out with the confirmation that handsome hunk Sanjay Dutt is on-board and unveils his first look from the second chapter on his Birthday, which is today!

KGF Chapter 1 staring Yash received a roaring response across the nation. The makers announced the second chapter a little while ago. Last week ‘Adheera’ was introduced and now the makers confirm that Sanjay Dutt is the main villain in the film.

As expected the first look poster of Adheera from KGF: Chapter 2 is as deadly as it gets. Going by the poster, it looks like Sanjay Dutt is going to be the scene-stealer of KGF: Chapter 2.

Indeed it is a pleasant birthday surprise for all the Sanjay Dutt fans! KGF Chapter 2 will possibly release in Hindi, Tamil, Telugu, and Malayalam just as the Chapter 1. No dates have been announced yet.

We are almost done shooting the Biopic says Rajkumar Hirani

Manisha to become a mom!