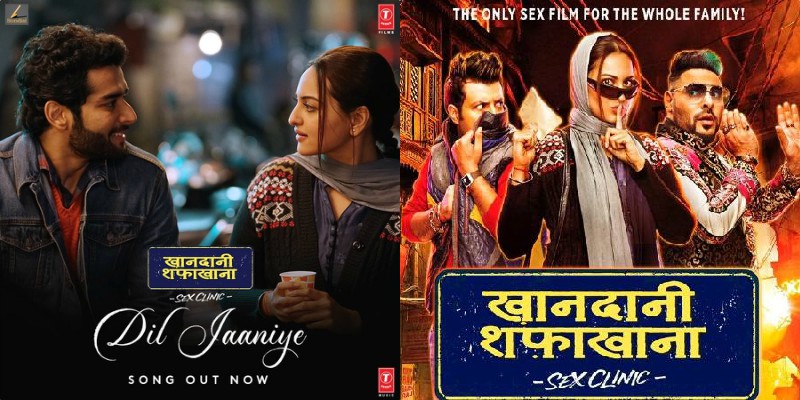 Learn to create a 3 course French Meal at Flavour Diaries

After releasing the party song ‘Koka’ and the reprised version of ‘Sheher Ki Ladki’, the makers are out with new romantic track ‘Dil Jaaniye’ – which is a melting pot of love and acceptance.

Actress Sonakshi Sinha starring Khandaani Shafakhana has been creating quite a buzz ever since the launch of its trailer. The actress dropped the song on her social media profile. She captioned it, “Monsoon mein mahool hoga thoda aur romantic with #DilJaaniye and Lemon hero @Priyanshujora…Song out now! Check it out here…And let me know what you think!!!”

The new romantic track is sung by Tulsi Kumar and Jubin Nautiyal and composed by Payal Dev. The video is quite amazing, it depicts the rustic charm of Punjab, it’s narrow streets and ever smiling and happy people. Actress Sonakshi Sinha looks cute in her desi avatar.

Directed by Shilpi Dasgupta, Khandaani Shafakhana depicts the journey of a young girl who inherits her dead uncle’s sex clinic in Punjab.  It also features Varun Sharma and rapper Badshah in key roles.

It follows a happy-go-lucky Punjabi girl, Babita “Baby” Bedi (played by Sinha), who can do anything for her family. The film also stars veteran Annu Kapoor.

The film is all set to release on August 2a