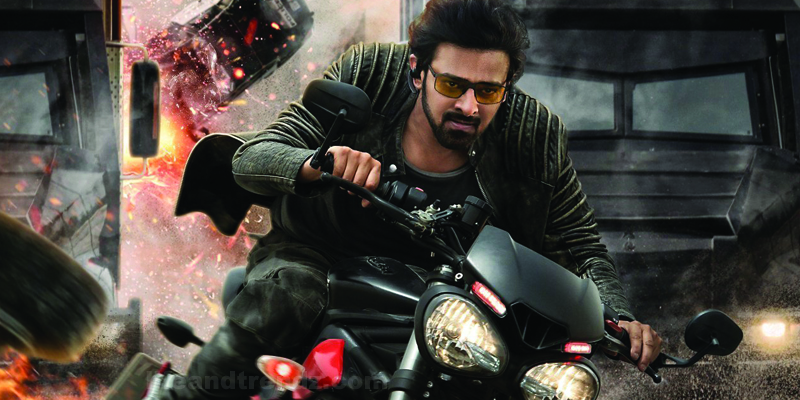 And it is here, the much anticipated Saaho teaser is out and this one is biggest action thriller with an incredible ensemble and mind-blowing action sequences.
The T-series head honcho Bhushan Kumar dropped the teaser on his social media. He captioned it, “It’s Showtime! Presenting the Hindi teaser of the BIGGEST ACTION ENTERTAINER from India! #SaahoTeaser OUT NOW…In Cinemas from 15th August 2019!  #Prabhas @ShraddhaKapoor @NeilNMukesh @sujeethsign @UV_Creations @TSeries”
Saaho is a Multi-Lingual Indian Movie featuring Rebel Star Prabhas and Shraddha Kapoor, Directed by Sujeeth and Produced by Vamsi.
The teaser starts with Prabhas and Shraddha building up their romance but things starts to go wrong and a whole can of whoop-ass is opened. The cars are playing, bullets and guns are a plenty in the teaser. The movie looks like an action extravaganza.
The teaser is mind-blowing with high-octane stunt sequences. The one-minute-long teaser does not give away the story but promises a lot of action. From cars and bikes flying in the air to bloodshed, Saaho has everything. We can also see a glimpse of Prabhas and Shraddha Kapoor taking on a bunch of villains in a gunfight.
The film also stars Jackie Shroff, Neil Nitin Mukesh, Vennela Kishore, Murli Sharma, Arun Vijay, Prakash Belavadi, Evelyn Sharma, Supreeth, Lal, Chunky Pandey, Mandira Bedi, Mahesh Manjrekar, Tinu Anand Among Others.
Saaho Is Being Made In 4 Languages Simultaneously – Hindi, Telugu, Tamil and Malayalam.
Tags
Bhushan Kumar Indian Movie Prabhas Rebel Star Saaho Shraddha Kapoor Teaser
0 Comments
Editorial June 13, 2019
Share
Tweet
Share
Pin
Popular Posts