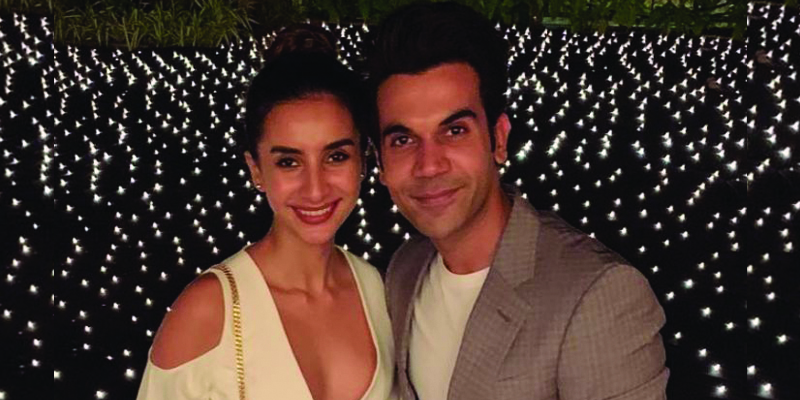 Another B-town couple who is adored by many is Rajkummar Rao and Patralekhaa they two are often spotted together but their PDA is a rare sight. However, the actor recently shared a video of the two enacting an iconic scene from their favorite movie, DDLJ starring Shah Rukh and Kajol

In the video shared Rajkummar can be seen as Raj and Patralekhaa as Simran. She doesn’t really run to catch a train but its just an intense none the less. The two are huge fans of the Shah Rukh Khan, and created the video when on vacation together.

“Things we do in London. #FunModeOn.

Raj as #Raj and Raj as #Bauji.

The two have been dating for eight years, while there are no rumors of the two working together in future, they have worked in films and shows before like CityLights, a 2014 release followed by Bose: Dead/Alive.

Rajkumar will reunite with Queen co-star Kangana Ranaut in Mental Hai Kya soon. The film produced by Ekta Kapoor is slated to release on 26th July 2019.