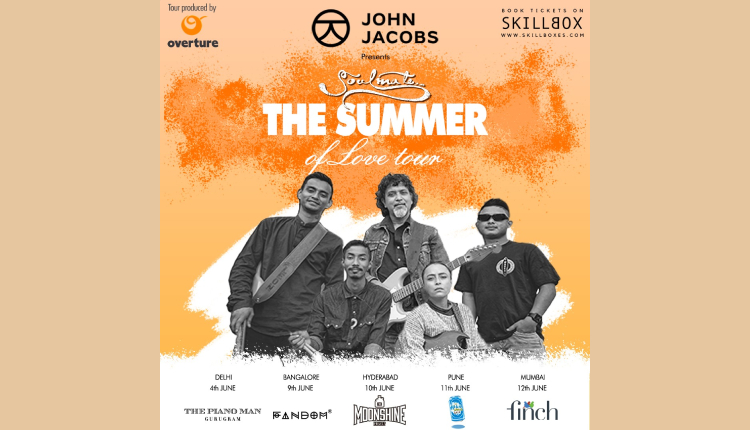 Shillong based blues band, Soulmate are set to go live. The band is back on stage for the first time since the pandemic started and are kicking off their ‘Summer of Love’ tour presented by John Jacobs’

Widely regarded as one of the best live acts in the country, the band has represented India on international platforms as well and enjoys a huge fan base especially amongst live music consumers. Soulmate is credited with reviving the Blues Rock phenomenon in India and having created a demand for the genre.

The band is taking the stage for the first time since the pandemic hit and are known for their power packed live performances. They are going on the road with a multi city tour and will be performing at popular venues across cities like Kolkata, Bangalore, Hyderabad, Delhi, Mumbai and Goa.

5 Ways to Achieve an Impeccable Skin

Get your groove on with DJ Yusuf Kapasi at Asilo |Westin, Pune