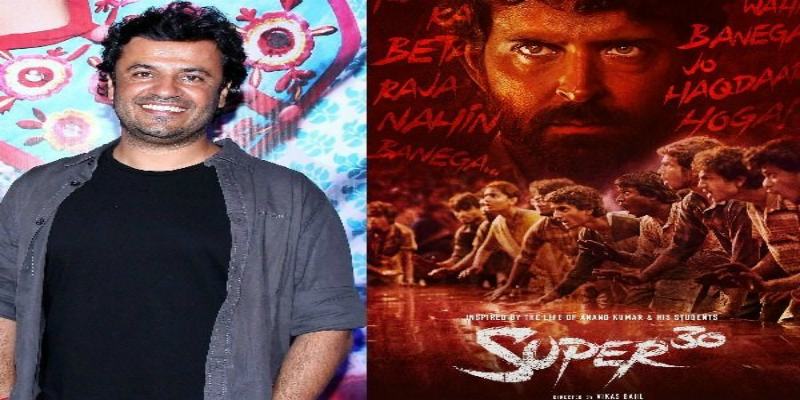 Filmmaker Vikas Bahl, who was accused of sexual harassment by a former female employee of Phantom films, has been cleared of the charges.
Queen Director Vikas was made to disassociate as director from Hrithik Roshan starrer Super 30.

However, now that the internal inquiry committee set up by Reliance Entertainment has ‘exonerated’ him;

he gets to have his credit back as the director of Super 30.

The moment the news hit the internet, netizen and fans have started slamming the Production Company and makers of Super 30.

But Trade Analyst Komal Nahta cleared the air that it is not upto the filmmakers to take directors name out, especially when he is freed from the charges. He tweeted “People who are blaming & shaming makers of Super30 aren’t well-versed with law.

Once a designated ICC gives verdict, it’s binding on people to follow it unless court reverses it.

So VikasBahl wil have to be given credit of director because he has been cleared. It’s not a choice”

Filmmaker Vikas Bahl was accused of harassing a woman sexually at a hotel in Goa during a party in the year 2015.

The woman had alleged that the director came to her room and misbehaved with her.

She also said that she confided in director Anurag Kashyap, who was his partner in Phantom Films, but no action was taken then.
Later, when the allegations surfaced again last year under #MeToo, Kashyap, who was Bahl’s co-partner in the production house, announced that Phantom Films stood disbanded then. Vikas then filed a defamation suit against Kashyap and another partner Vikramaditya Motwane for their statements against him in the issue.
Tags
Anurag Kashyap Hrithik Roshan Super 30
0 Comments
Lifeandtrendz June 1, 2019
Share
Tweet
Share
Pin
Popular Posts