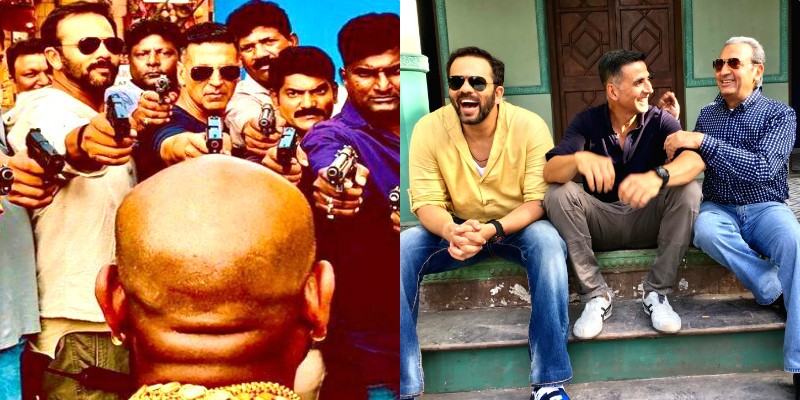 The team Sooryavanshi has wrapped the action schedule of forthcoming action-thriller and shared some working still to keep the fans hooked and piquing the interest for the most awaited film from Rohit Shetty’s universe.

Superstar Akshay Kumar, who is reunited with Katrina Kaif for the film and collaborating with Rohit Shetty for the first time, took to his social media profile and dropped an action schedule wrap up picture.

He captioned it, “When your Action is over and the only thing left to do is Shoot the Fight Master…#Sooryavanshi giving Love to The Big Man with the Golden Head who kept us all alive during this Epic Crazy month”

Sooryavanshi will come with a high dose of action, which includes bike chase, car chase, a helicopter chase and what not; the team has designed some of the most death-defying realistic stunt sequences.

Earlier, the makers of the film also confirmed that bad-man Gulshan Grover is also the part of the ensemble.

Veteran actor Gulshan also shared a candid picture with Akshay Kumar on the sets. He captioned it, “On the sets of #Sooryavanshi with my brother Akshay in Hyderabad”

Saand Ki Aankh Was Finale For Me Says Taapsee Pannu

The film is produced by Rohit Shetty Picturez, Dharma Productions, Reliance Entertainment and Cape Of Good Films. It is the costliest cop film ever made in the history of Indian cinema.