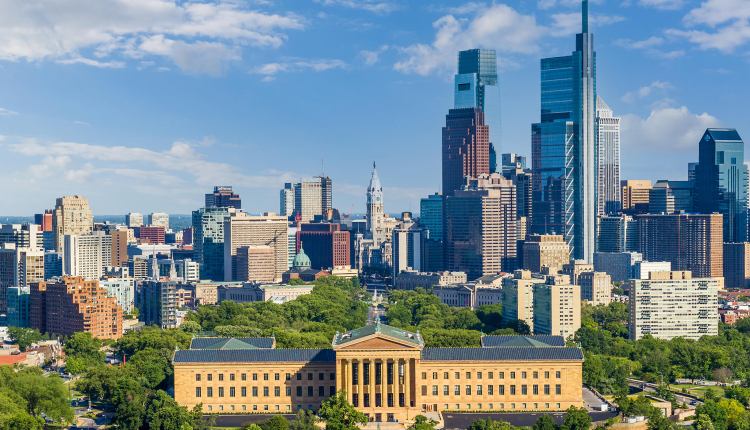 Philadelphia has something for everyone – quintessential history, unparalleled art, chef-driven cuisine, miles of outdoor space, walkable neighbourhoods with distinct personalities, and plenty of unexpected yet memorable experiences around every turn. No surprise then that it was named a top destination in 2021 by both Condé Nast Traveler and TIME.

And if you are planning to visit Philadelphia to bask in its charm and energy, here are 22 experiences that must be on your travel bucket list for the year 2022.

2. Philadelphia Auto Show
The annual Philadelphia Auto Show, the largest auto show in the United States returns to the Pennsylvania Convention Centre between March 5 and 13 for this year. It is also the largest consumer event held at the Pennsylvania Convention Center each year, drawing over 250,000 visitors. More than 700 vehicles ranging from pre-production models to classics including Hollywood icons will be on display.

3. The NCAA March Madness
The Wells Fargo Center’s set to host the Division 1 Men’s Basketball East Regional on March 25 and 27, 2022. Take March Madness to the next level with the NCAA Fan Experience with appetizers and drinks, as well as a meet and greet with a former NCAA player or coach.

4. Penn Relays
Penn Relays is a historic track meet that has been held each spring since 1895 and is one of Philadelphia’s signature annual sporting events. The three-day event kicks off April 28 and runs through April 30, 2022, complete with an accompanying festival featuring food, sports vendors, souvenirs, and more.

5. Philadelphia- The Garden Capital
The Philadelphia region has 37 public gardens, arboreta, and historic landscapes all located within 30 miles of the city. Morris Arboretum of the University of Pennsylvania offers various events in fall and winter. Other options for the nature-lovers out there include Chanticleer, Longwood Gardens, and more that also offer year-round fun events and activities for visitors.

6. Light: Installations by Bruce Munro at Longwood Gardens
Artist Bruce Munro returns to Longwood Gardens in Philadelphia’s countryside to present an entirely new, breath-taking exhibition, Light: Installations by Bruce Munro. Eight installations will span Longwood’s 1,000 acres, including the garden’s picturesque indoor spaces and outdoor vistas. Visitors can explore the Field of Light, featuring 18,000 illuminated bulbs adorning the landscape in the middle of the lakes and throughout the gardens. Light is on display from June 30 to October 30, 2022.

8. Philadelphia’s Signature LGBTQ+ Events
Philadelphia is globally known for its many LGBTQ+ events and experiences that are hosted in the city throughout the year. Catch the independent LGBTQ+ film festival, qFLIX Philadelphia between March 20 and 27, or participate in the Philadelphia Black Pride in April or the Pride Day Parade and Festival in June. In October for National Coming Out Day, Philadelphia celebrates with Outfest, a block party and street festival- one of the largest such events in the nation.

9. Multicultural Communities
Philadelphia prides itself on its diverse communities, each of which is honoured throughout the year with special events, celebrations, and more. Philadelphia’s Chinatown which is the second largest on the East Coast is famous for parades, lion dances, and other Lunar New Year celebrations in late January and early February. Do not miss out on experiences at the African American Museum, savour Asian cuisines or celebrate Philadelphia’s Juneteenth. The Odunde Festival attracts up to 500,000 people every year to Philadelphia and is known for its authentic African marketplace featuring vendors selling merchandise from around the world. In September, kick-off Hispanic Heritage Month with live music and performances at Feria del Barrio in the city’s Centro de Oro neighbourhood, a hub for Latin culture.

10. Chinese Lantern Festival
The Chinese Lantern Festival at Philadelphia’s Franklin Square in May 2022 is another unmissable attraction in the city. Set to light up the night once again near Independence Mall and Chinatown, the festival first came to Philadelphia in 2016, filling the space with massive handmade lantern displays in celebration of Chinese cultural traditions and drawing crowds of visitors from all over the world.

11. Philadelphia’s Exclusive Hotels
Over the last several years Philadelphia’s hotel community has expanded. The city offers an array of exclusive hotels to make your holiday all the more memorable. Some of the most prominent ones include the Guild House Hotel, W Philadelphia Hotel, Element Philadelphia Hotel, Live! Casino & Hotel, and many more where luxury, culture, history, and architecture come together in a seamless bond.

12. The Global Food Platter
Philadelphia’s abundance of new restaurant properties is either now open or opening in 2022. Head for a Japanese extravaganza at Kura Sushi or Victory Brewing Company’s new taproom for drinks with friends, the city offers food options for every taste bud.

13. Philly Beer Week
Celebrate all things beer at Philly Beer Week, the largest celebration of beer in the United States. The week is a perfect opportunity to sip suds with your buds in the City of Brotherly Love. The 10-day festival includes beer tastings and pairings, competitions, and of course, plenty of happy hours at bars and restaurants throughout the city. Philly Beer Week is set for June 3 to June 12.

14. Mural Arts of Philadelphia
Another must-do in the city is to bask in the neighbourhoods and their culture through the lens of community-based public art with a Mural Arts Philadelphia tour. Take a self-guided tour of the Mural Capital of the World or join one of several guide-led tours, available by the foot, trolley, train, or Segway. Mural Arts Philadelphia engages communities in up to 100 public art projects each year, adding to a collection of more than 4,000 murals currently on view throughout the city.

15. Historic Square Mile
A trip to Philadelphia is not complete without visiting some of America’s most historically significant sites at Independence National Historical Park. America’s “most historic square mile” features essential spots including Independence Hall and Liberty Bell. The Historic District Itinerary will guide tourists through the historic district and make your trip to the city one for the books.

16. The Museums
Several new exhibitions are on view at the Philadelphia Museum of Art in 2022. Some of the most exciting upcoming events to catch include Circus: Bouroullec Designs, Water, Wind, Breath: Southwest Native Art in Community, influential events at the Pennsylvania Academy of the Fine Arts, and more. Depending on your taste and interest, catching an event at one of the museums will help you savour Philadelphia.

17. The Art of Philadelphia
The city is home to the oldest theatre in America and dispersing performing arts like no other. The shows scheduled for 2022 by Opera Philadelphia include Oedipus Rex + Lilacs and Rigoletto. Philadelphia Orchestra also has many shows in its pipeline for 2022. The Fringe Festival is a 4-week long celebration of innovation and creativity including more than 1,000 artistically daring acts performed at multiple venues city-wide.

18. The 4th of July Celebrations
Philadelphia honours the nation’s independence like no other city in the nation with the Wawa Welcome America festival. The week-long annual event features over 50 free multicultural and multigenerational family-friendly activities and events including free concerts, free museum days, community events, free outdoor movie screenings, block parties, and fireworks.

19. The Mighty Outdoors of Philadelphia
With over 100 parks, squares, and recreation sites across Philadelphia, enjoying the outdoors in the city is a must. The Schuylkill River Trail is a beautiful place to go for a stroll, run or just ride your bike. Fairmount Park is one of the largest urban park systems in the country. The pop-up parks and beer gardens along the Delaware River waterfront are also great places of fun and relaxation. You can also visit the Franklin Square or the Subaru Cherry Blossom Festival at Shofuso to experience the Philadelphia festivities.

20. Shopping OpportunitiesTax-free shopping in Philadelphia makes your visit to the city even more exciting. The Fashion District, the Old City, the Philadelphia Independents, the Humphrys Flag Company, or Philadelphia’s Countryside are the best places in the city where your shop till you drop.

21. The Army-Navy Game
America’s game returns to Philadelphia in 2022. The 123rd Army-Navy Game takes place in America’s birthplace on December 10, marking the 90th time the rivalry has been hosted in the city – more than any other location. Hosted at Lincoln Financial Field, the event draws thousands of active-duty militaries, veterans, and their families to the city and offers exciting experiences all weekend long, many of which are free and open to the public.

22. Holidays in the City of Brotherly Love
Philadelphia is the perfect destination to celebrate the winter holidays. Kick off the season with the annual Philadelphia Thanksgiving Day Parade, the longest-running Thanksgiving Day Parade in the nation. The city also boasts one of the largest Christmas markets in the country with its Christmas Village. See the nation’s first zoo transforms into a dazzling display of lights at LumiNature at Philadelphia Zoo. Other options include holiday celebrations at Blue Cross RiverRink Winterfest, Macy’s Christmas Light Show, Deck the Hall Light Show, Made in Philadelphia Holiday Market, Mummers Parade, and many more.

The Leela Palaces, Hotels and Resorts embarks on a journey of holistic wellbeing with…

Have a Quick Exploration of Auli!