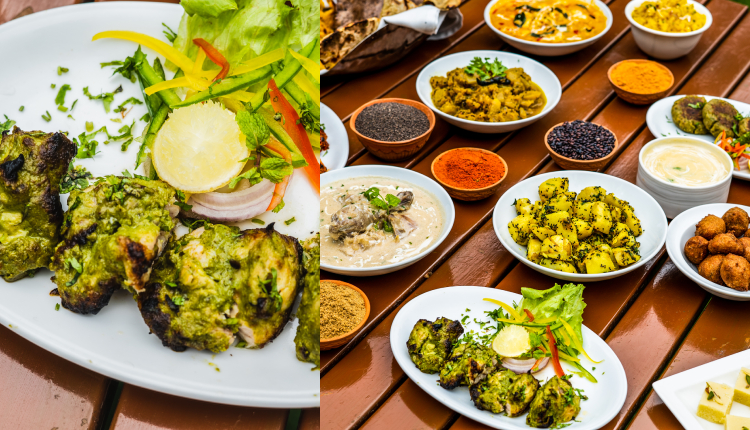 Bringing the cuisine of the mighty Himalayas to Indore, Indore Marriott Hotel hosts the Himalayan Trail Food Festival starting from the 2nd of September 2022 to the 11th of September 2022. The rich spread put together by Executive Chef, Shiv Parvesh and his team is set to transport you to the mountains.
Celebrating the rich culinary heritage of the Himalayas, the wide-ranging menu will fea-ture traditional delicacies from the region of Himachal and dishes from Uttarakhand and Kashmir. The menu includes Kullu Trout Masala, Seppu Vadi, Swale, Fanu, Arse, Chane ka Madra, Chaa Gosht, Pahadi Murgh among other preparations. Desserts like Bal Mithai will be the right end to the delicious meal.
The restaurant will also be decked-up in traditional décor along with Himachali folk music to set the tone right for the regal dinner.
Talking about the Food Festival, Executive Chef, Shiv Parvesh, Indore Marriott Hotel said, “The heavenly Himalayan cuisine is so richly packed with nutritional values. My team and I at Indore Marriott Hotel have put together this Himalayan spread while keeping each ingredient intact to its core to retain its nutritional content. The menu fo-cuses on the signature dishes from the region so that the guests can experience the culi-nary marvels that the mountains have to offer.”

Best Types of Donuts and What Drinks to Order with Them

The Lord of the Rings: The Rings of Power: First Reactions are Out, Here’s what critics are saying about Prime Video’s fantasy series