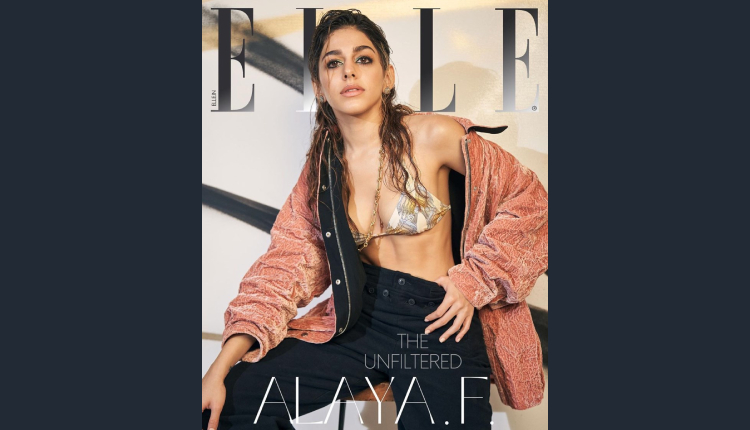 Newbie Alaya has featured on the latest edition of Elle Magazine. Sharing the digital cover, she captioned her post, “My first cover ever was with Elle, so it’s a very special feeling to be back on it two years later! @elleindia”

Alaya F made her big Bollywood debut with ‘Jawaani Jaaneman, also starring Tabu and Saif Ali Khan in the lead roles, some two years ago. In the mean time she has pursued her career in arts and craft, and a dancing degree as well.

After making a successful debut and winning an award as debutante, Alaya bagged her next movie opposite Kartik Aaryan, the film is titled Freddy and the team recently wrapped the shoot. The forthcoming film is being helmed by Shashanka Ghosh and is produced by Ekta Kapoor and Jay Shewakramani. The romantic thriller is said to be packed with unpredictable twists and sharp turns.

She is also busy with her third movie, titled U Turn’ which is helmed by Arif Khan and bankrolled by Balaji Motion Pictures and Cult Movies.
The film also stars Priyanshu Painyuli in the lead role.