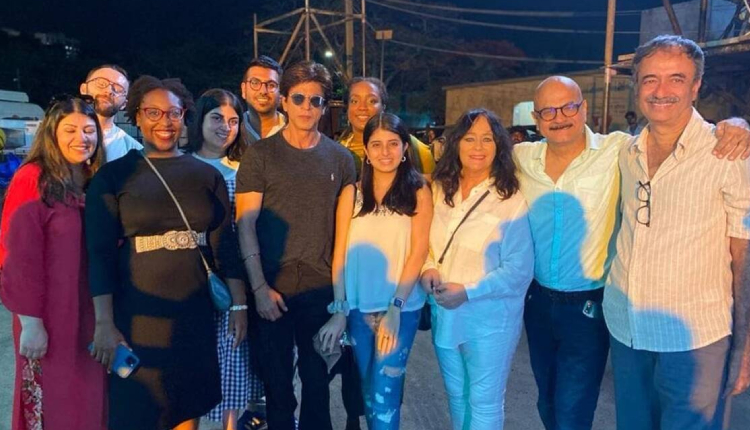 Superstar Shah Rukh Khan and Rajkumar Hirani are collaborating for the first time on Dunki, the film was announced recently and now the team has reached sets. The photo from Dunki shooting is setting the internet on fire.

Shah Rukh Khan has quite an exciting line-up of movies after the actor consciously took a long break from acting. After confirming ‘Pathaan’ with Siddharth Anand, the ‘King Khan’ will come back with ‘Dunki’ directed by Rajkumar Hirani.

Few pictures from the sets of Dunki are making rounds on the internet, the actor can be seen wearing sunglasses with a grey t-shirt, dark jeans and sneakers. However, Taapsee Pannu, who starred in the film, was absent from this photo.