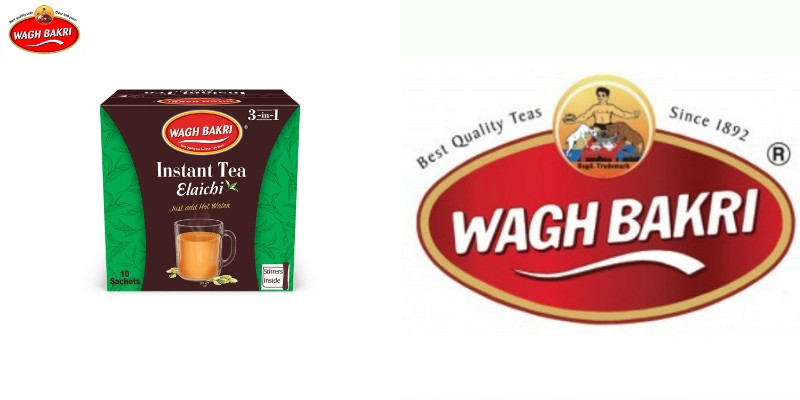 This Friendship Day, Give the Gift of Yumminess to all the Little Ones in your Life

As a part of its centenary celebrations, Wagh Bakri Tea Group introduces the new packaging for its instant tea range in four exciting flavours – of Masala, Elaichi, Ginger& Lemongrass. It is also available in ‘No Added Sugar’ variant for the health conscious consumer. For those who prefer their coffee on-the-go, an ‘instant-coffee’ product has also been launched. The packaging has been designed after extensive research on global packaging trends and consumer insights.

Wagh Bakri Instant Tea is modern travel essential for the ones who never compromise on their cup of tea. It gives you a feel of homelike tea even when you are kilometres away from your home and have access to nothing else other than hot water. The instant tea formula is also called the three-in-one formula because it contains Milk Solids, Tea and Sugar. Just pour the premix in a cup, add hot water and your tea is ready.

Mr Parag Desai, Executive Director, Wagh Bakri Tea Group says, “Indians carry their culture, wherever they are travelling – the Instant Tea Pack comes handy and satisfies the urge of drinking a cup of homelike tea. The product, with its optimum mix of tea, sugar and milk serves Wagh Bakri Tea’s homelike experience even when someone is far away.”

The new packaging comes in a contemporary look and a new tamper-proof lock which ensures genuine product and safe delivery to the end consumer. Wagh Bakri Tea stands for quality and consistency in taste. While launching the new look, these factors have been kept in mind. All flavours are available in a pack priced at ₹140 containing 10 instant tea premix sachets. The new and exciting range is available at all leading stores and online purchase can be made on www.buytea.com or www.amazon.in

This Teacher’s Day, Filmfare pays a heartfelt tribute to Masterji Saroj Khan and other mentors of film personalities across India

Wagh Bakri Tea Group is a Premium Tea Company having a presence in tea business since 1892. In the year 1919, the Group entered in India with its India operation called Gujarat Tea Depot, which launched the iconic brand “Wagh Bakri Tea”. Today, it is the 3rd largest packaged tea company in India with a turnover of over Rs 1100 Cr. and over 40 million KGs. of tea distribution. The group is a leading name in tea exports and retail consumer products all over the world. With a huge number of Wagh Bakri tea lovers around the world, it has emerged as a truly global brand. The company enjoys an undisputed market presence in Gujarat, Rajasthan, Madhya Pradesh, and Maharashtra with a strong presence in South and North India and recently launched in Jammu and Kashmir as well.