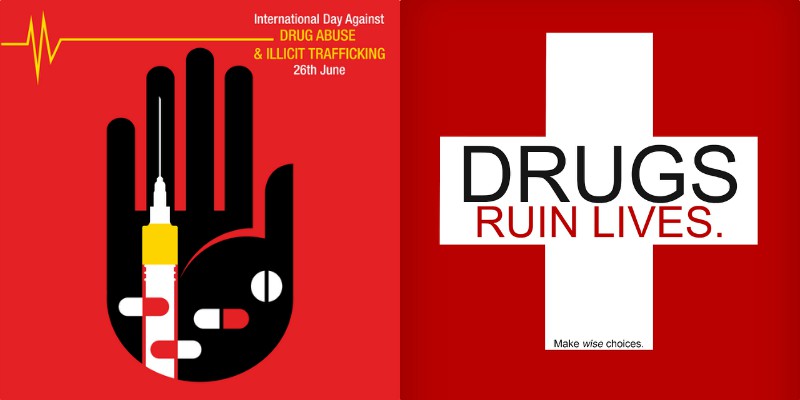 Understanding drug abuse- its addiction and side effects

The United Nations has recognized 26 June as the International Day against Drug Abuse and Illicit Trafficking. This initiative is an important initiative to ensure sustainable improvement worldwide and to bring in measures to tackle drug abuse and trafficking.

The theme for 2019 is “Health for justice. Justice for health”

The NDPS Act also has a provision for the death penalty, for repeat offenses of a severe nature.

Drug trafficking is a major challenge across the world, particularly in developing countries. Poor people are likely to fall prey for such crimes, which directly avoids getting the required education and increase in crime. During this day, the UN stresses to bring global attention to the seriousness of this issue and provides a platform for support.