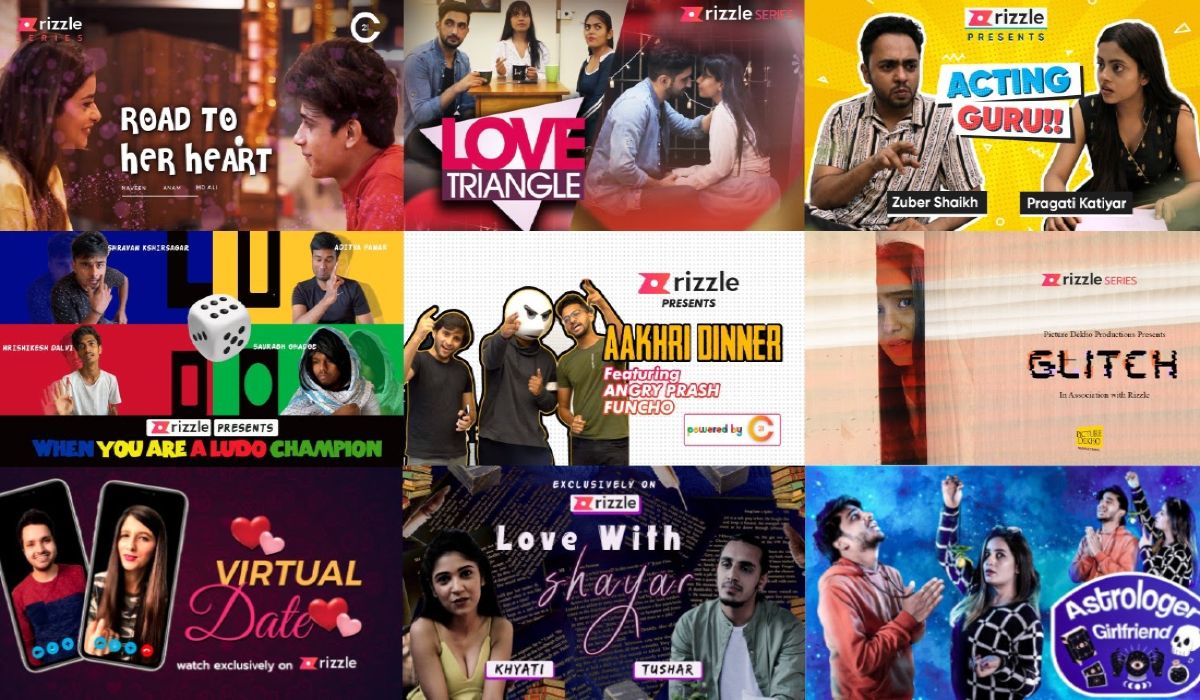 2020 was…something! I think we can all collectively agree that our life didn’t see a lot of action in the past 10 months. However, it was a jackpot season for the digital world. Short video apps took over the world and the pandemic rewrote the rules for content creation. Last year wasn’t just about golden-hour pictures and WFH selfies, it was also about people coming out of their shells and creating bite-sized content on Instagram reels, Youtube and Rizzle!

Speaking of things taking over the internet, Rizzle’s signature vertical series is all the rage. Creators, directors, singers, and dancers collaborate to knit captivating short series that you can watch anywhere on the go. Hundreds of short series are available to watch for free on this up and coming app. If that didn’t convince you to check them out, you must know that with their latest Rizzle Dekho program, you can even earn by watching these fun Rizzle Series.

1. Road To Her Heart 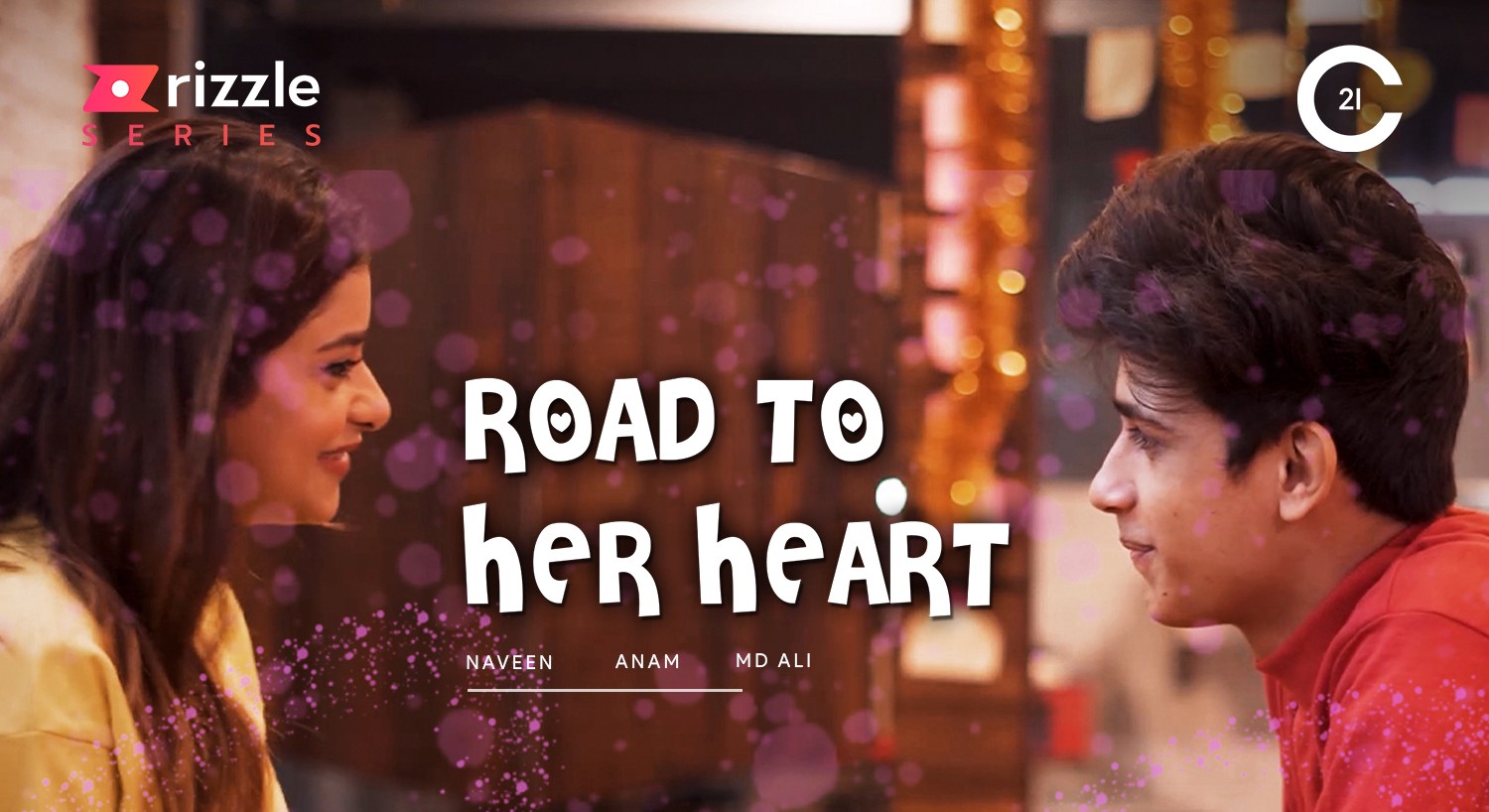 Road To Her Heart is undoubtedly one of the most popular series on Rizzle and for good reason. Produced by Creator21, it stars popular influencers Anam Darbar and Naveen Sharma. It is a story of young love that is translated to the mobile screen exceptionally well by this talented and aesthetically blessed duo. Naveen’s character, Luv is a cricket-obsessed recluse whose life unravels into something more once fate brings him and Anam’s character, Vaidehi together. This series is equal parts romantic as it is quirky. 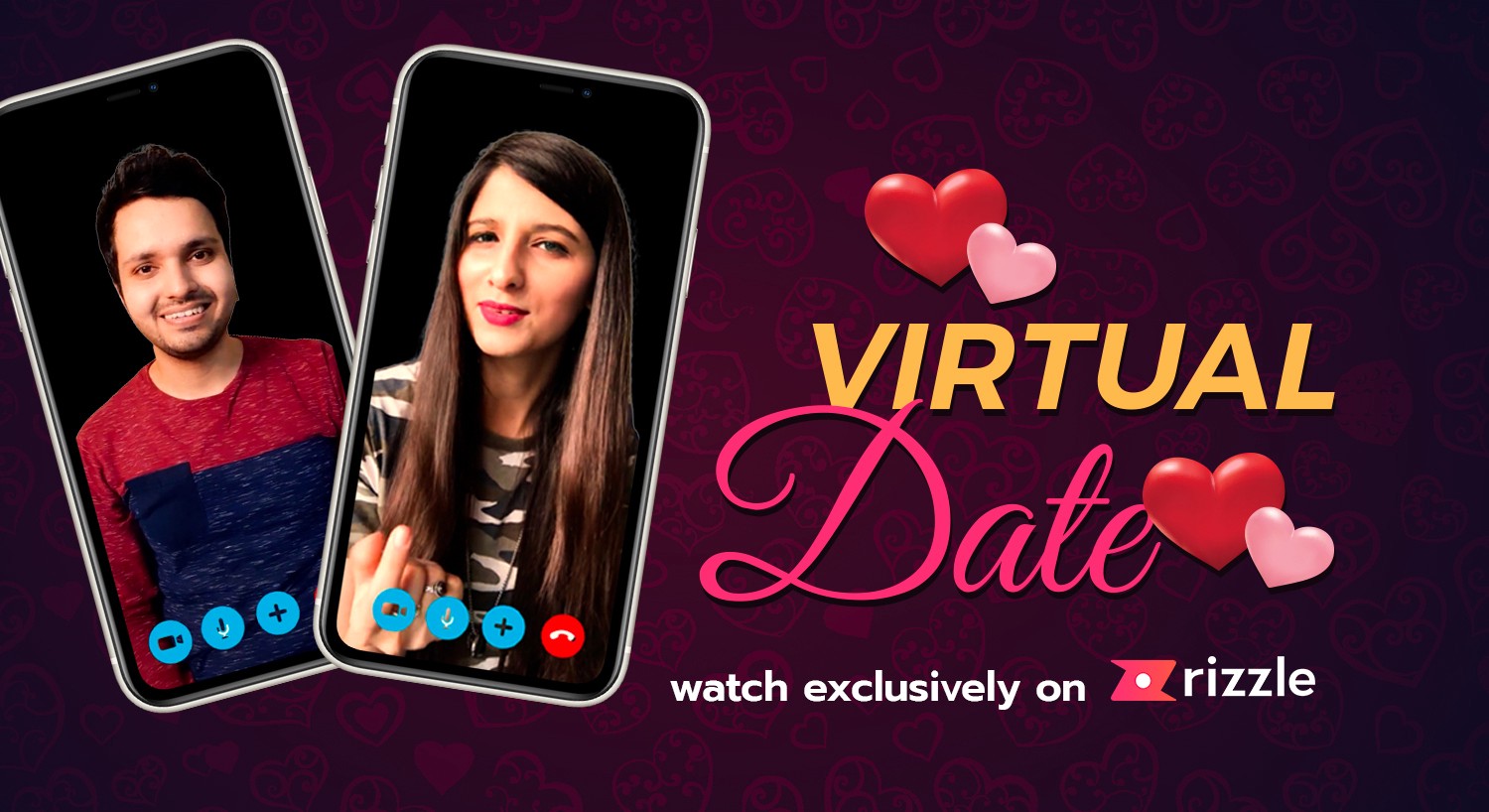 What do you do when you’re bored out of your wits? Most girls stalk cute guys on Instagram. But vivacious Swara takes things up a notch. And the recipient of her exuberance is none other than Aditya Vyas. This series on Rizzle follows a video call between strangers during the lockdown. From Parla’s famous dhabeli with Amul Butter Misal to reminiscing their days at MP Shah English High School to debating getting on video calls with strangers to small talk about their day to day activities, the duo grows from being strangers to becoming friends who understand each other. If you’re looking for dating inspiration in this lockdown, this series is a must-watch! 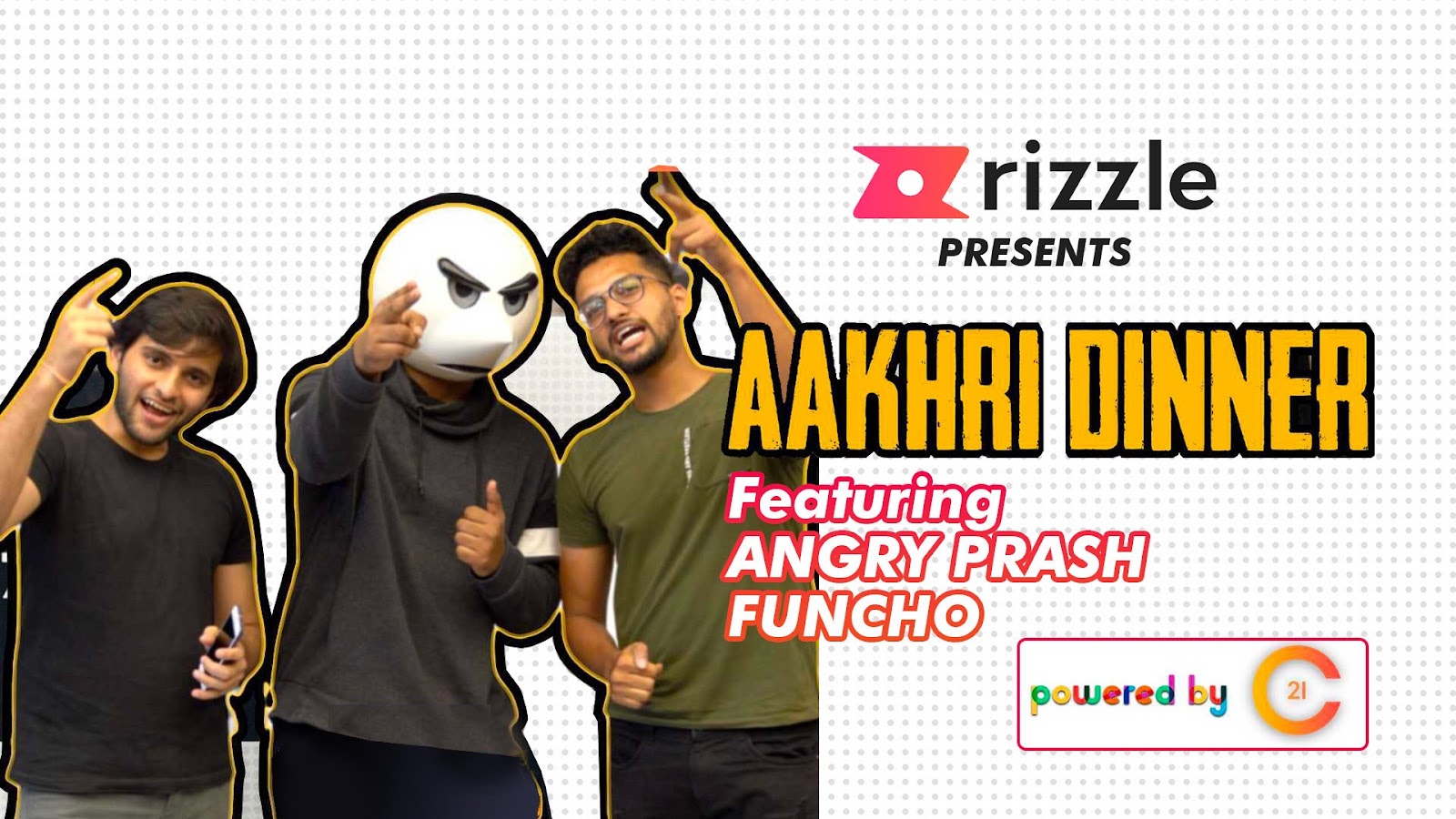 YouTubers Funcho and Angry Prash come together in this hilarious Rizzle Series to demonstrate the pain of India’s youth after the PUBG ban. The name Aakhri Dinner is a punny spin on the game’s “chicken dinner”. If you were once PUBG obsessed, this series is going to make you ROFL and also make you feel all kinds of nostalgic with several references to the game. We recommend watching it with your fellow former PUBG squad for optimal effect! 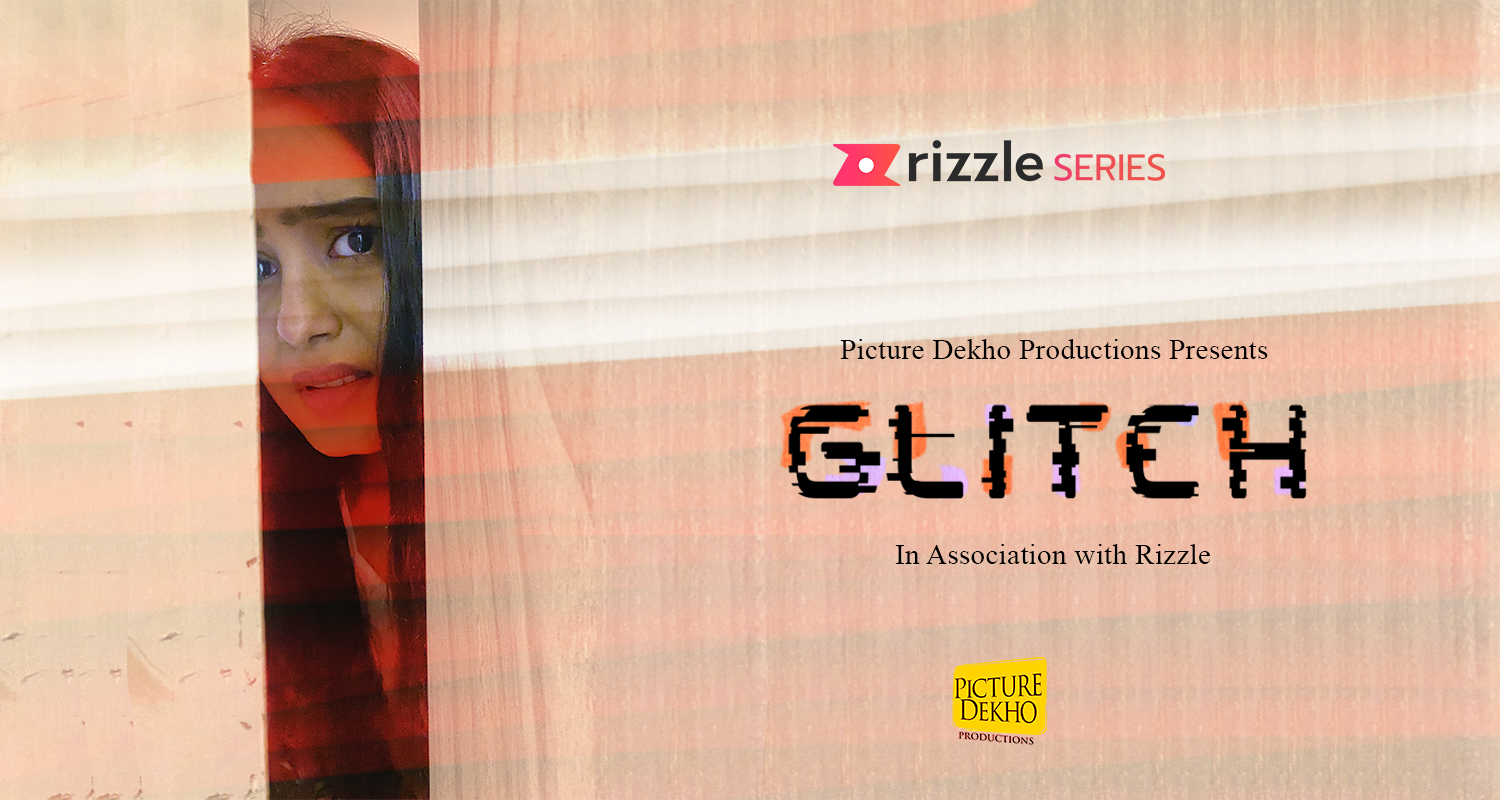 This short series by Picture Dekho Productions is one of the best suspense thrillers you will come across on Rizzle. Despite the series lasting for barely 10 minutes, Arpita Sinngh’s acting as the titular character will blow your mind away. Riddled with quirky capsule hotels or “pods” and time lapses and creepy staff, a vivacious vlogger’s life quickly turns into a nightmare. 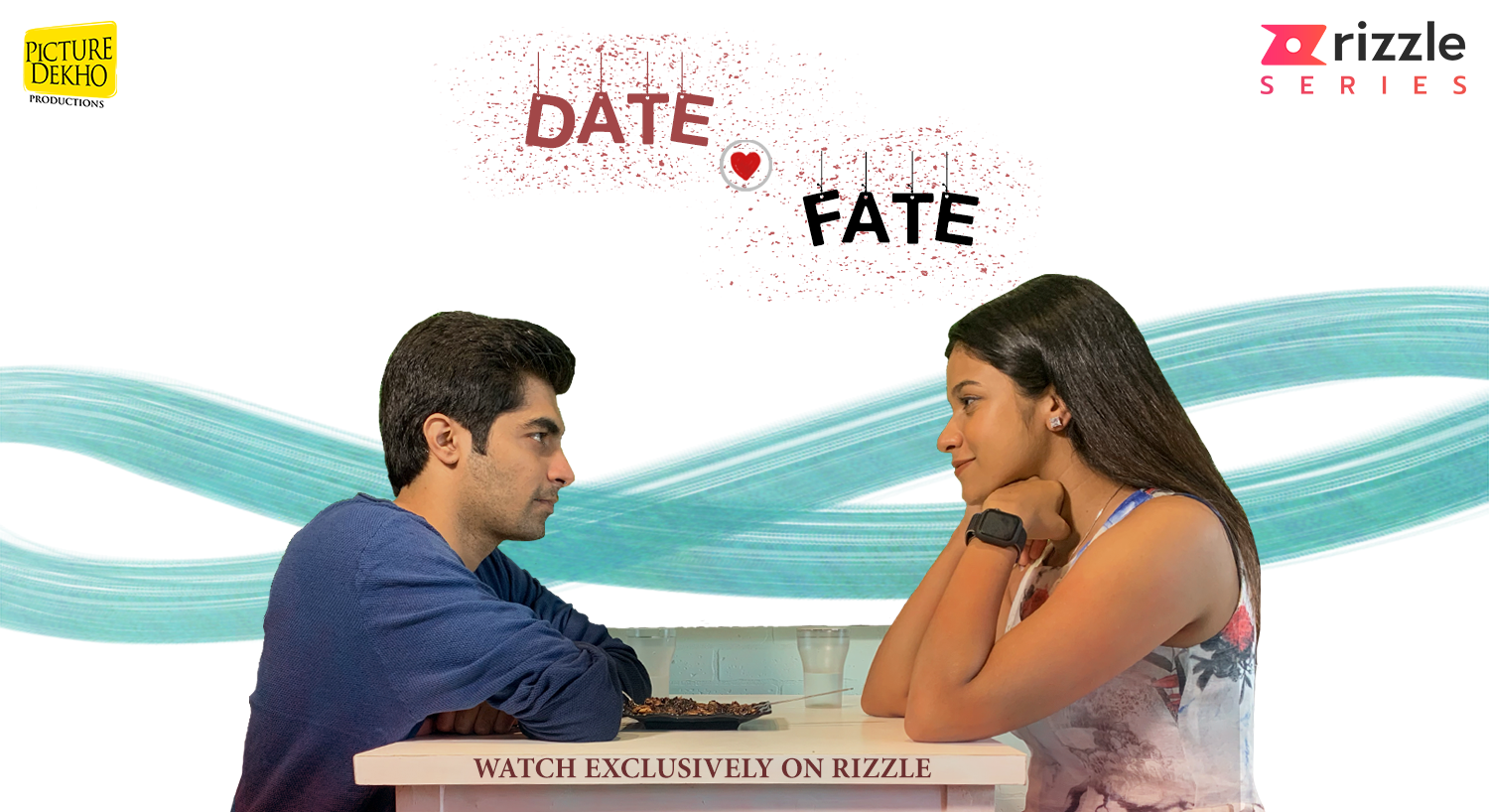 An easy-breezy date seems to be going pretty well until coincidences complicate things. This exclusive Rizzle Series from Picture Dekho Productions is a captivating watch. The short drama wonderfully captures first date nerves as well the awkwardness that ensues. Be warned! A pretty surprising reveal awaits you at the end. 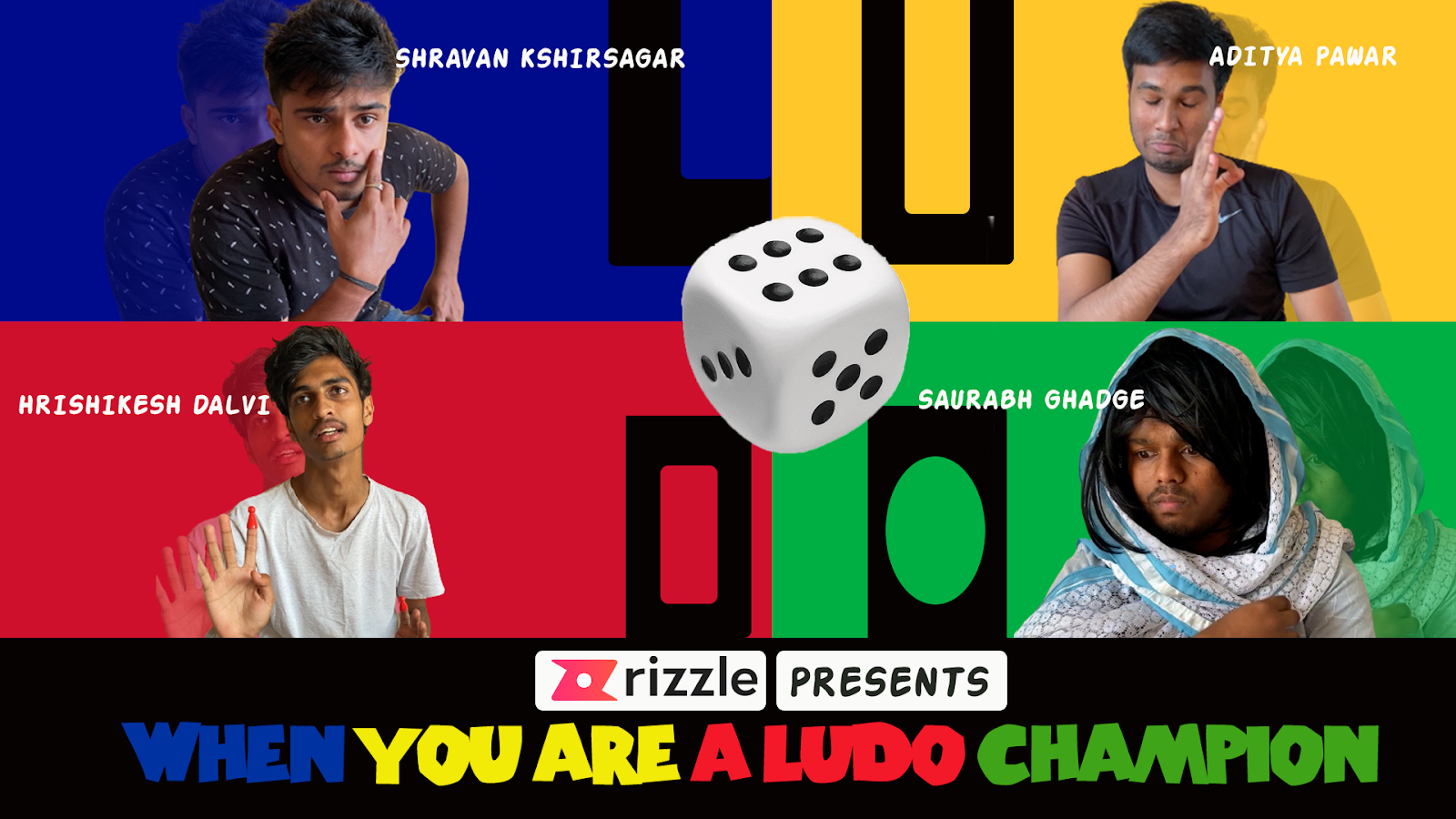 The lockdown crackdown was so intense in 2020 that it made us unravel the past and revive the iconic “LUDO” game from our childhoods. This series on Rizzle is an ode to every type of emotion and perilous situation Ludo lovers go through during the game. RVCJ’s Saurabh Ghagde, Shravan Kshirsagar, Aditya Pawar, and Hrishikesh Dalvi start the series as loveable friends but end up as war enemies when the game intensifies. From “Shakuni Mama” style dice throws to “humaare wahan aise hi khelte he” rule changes to devious cheating to revenge, this series is a must-watch for all Ludo lovers! 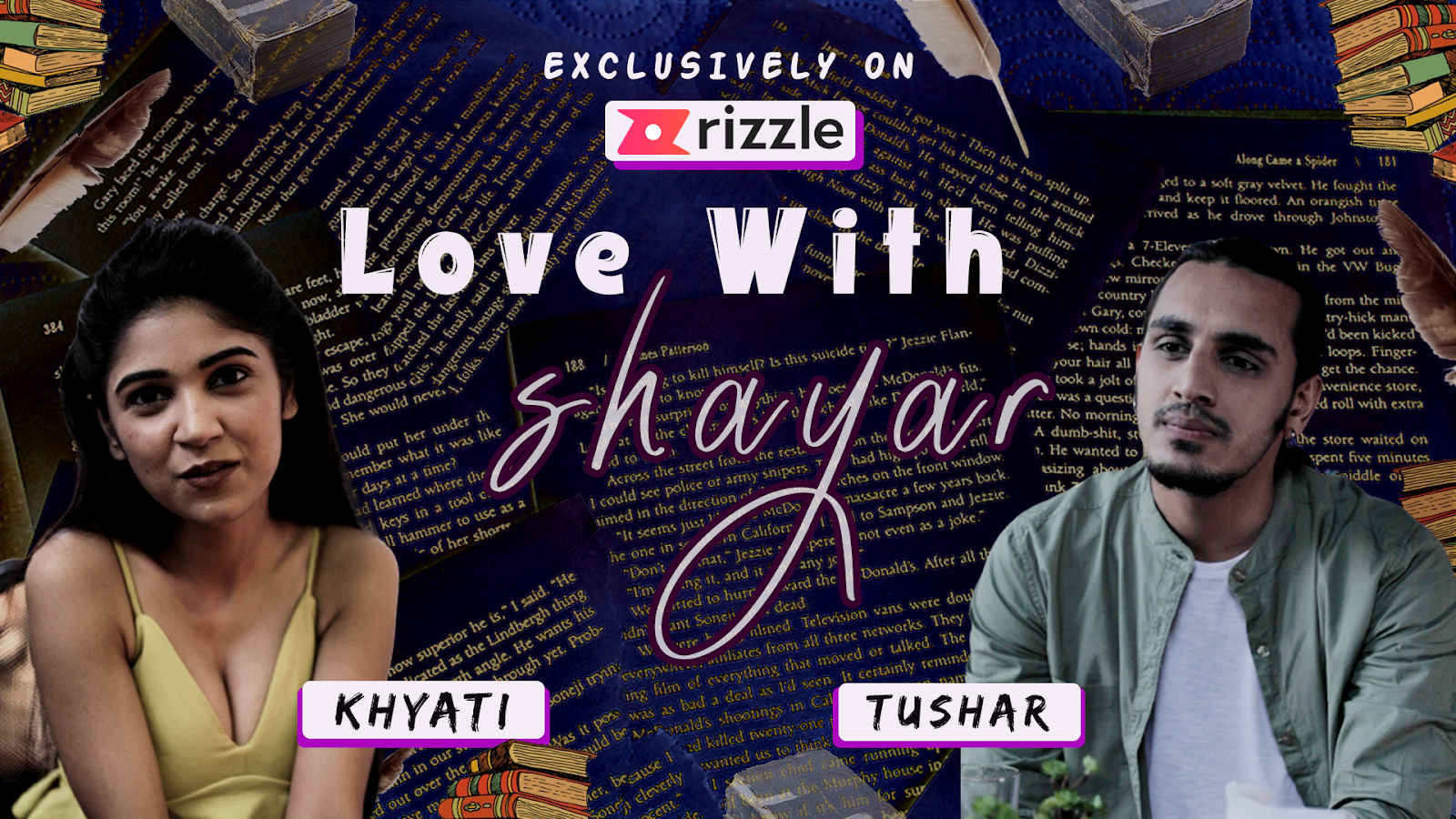 This romantic series is a special one for many reasons. For one, it stars power Rizzler, Khyati Sharma in association with popular production house — RVCJ Media. With only 18 episodes, each only lasting less than a minute, the beautiful lines will mercilessly tug at your heartstrings. Not to mention the “Shayar” (poet) of the series played by Tushar Goyal is gonna make you ladies swoon with his perfectly delivered poetic prose. 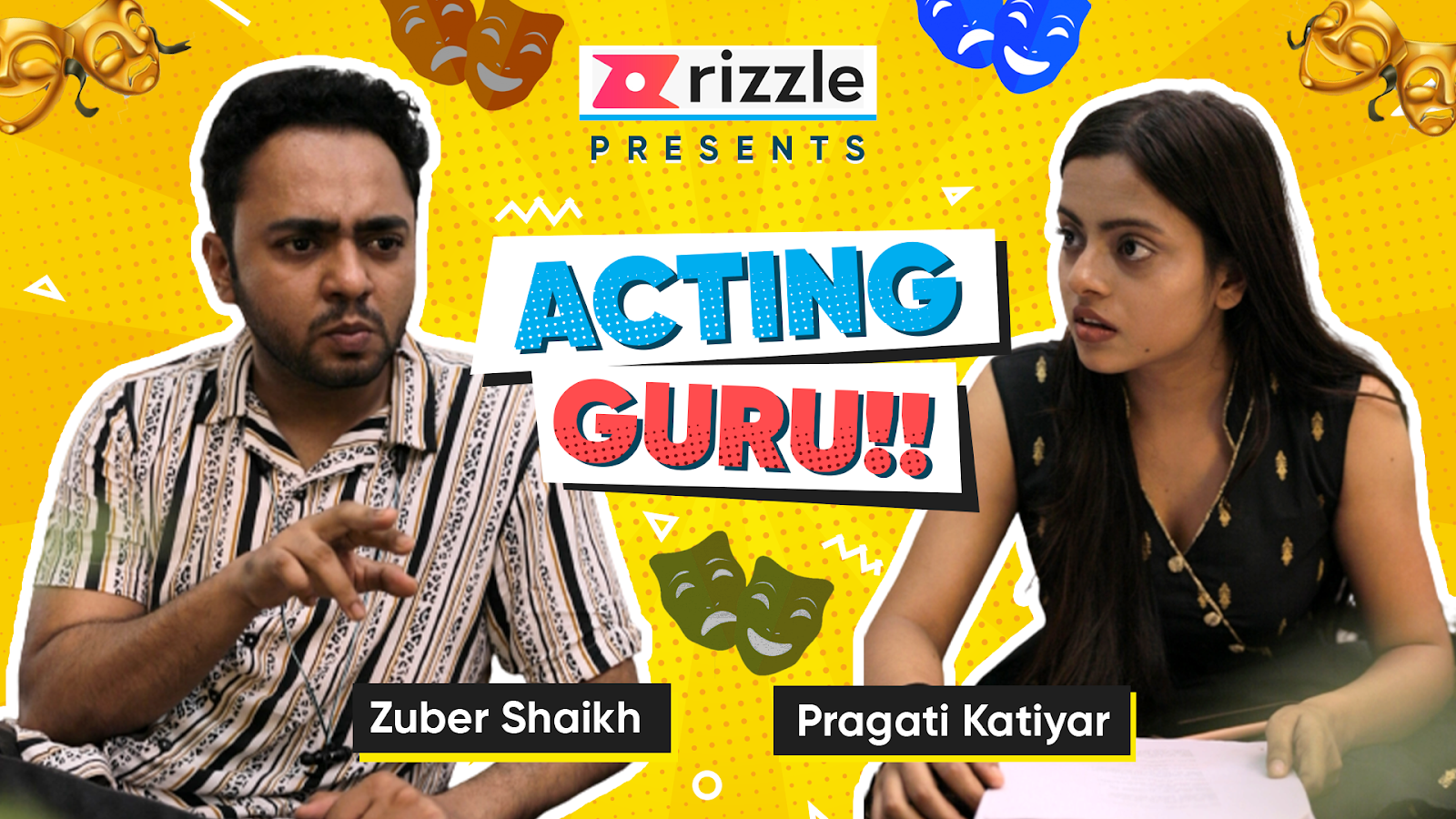 Yet another RVCJ production makes it to the list. The series stars Zuber Shaikh who plays Sameer Sir, the arrogant acting “guru” who won’t acknowledge his failure. Rashmi played by Pragati Katiyar is an up and coming actress who holds Sameer Sir in high regard and dotes on his every word since he is her guruji. What she doesn’t know is that the once acclaimed acting know-it-all is now a washed down “junior artist”. When fate reunites them, it isn’t in the most ideal of places and times for Sameer since he plays a servant who has but a single line in the entire script, and his pupil Rashmi plays the titular role. The series will make you laugh and cringe at Sameer’s antics when he is not given a greenroom and as his natural reactions as considered improv when Rashmi’s character harshly insults him. 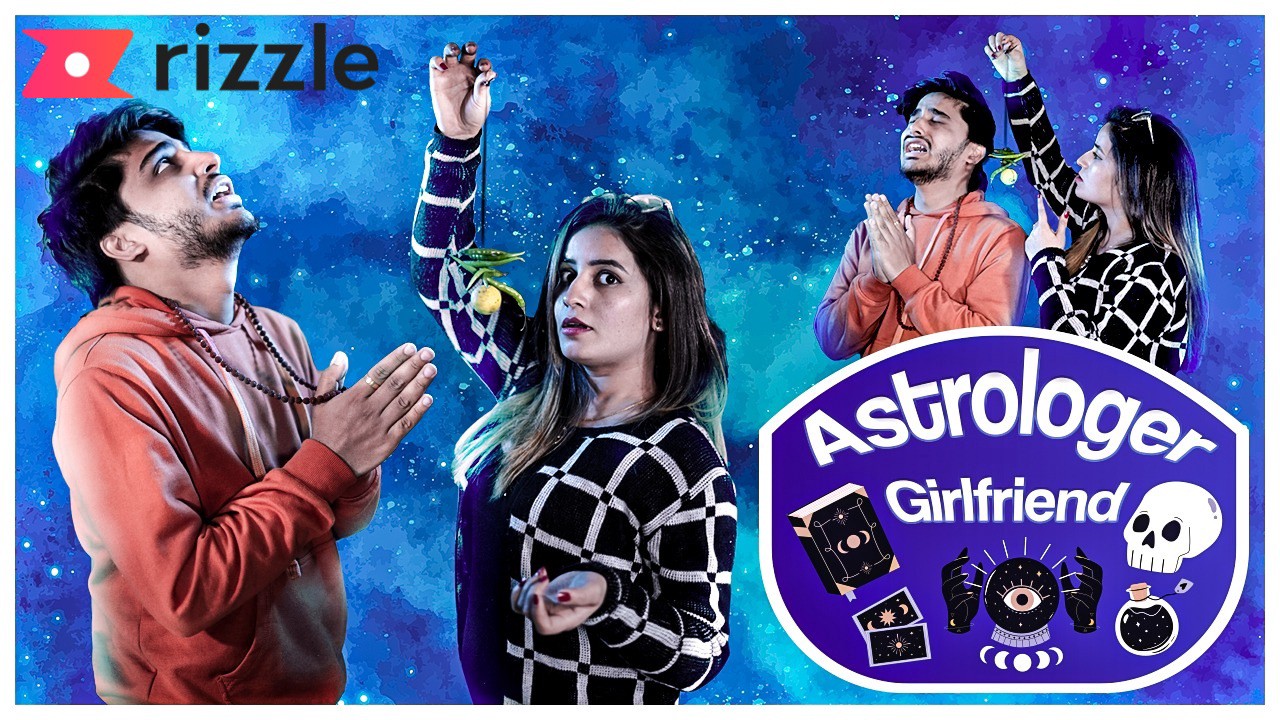 We all have that superstitious friend in our life whose every life decision revolves around zodiac signs. This comedy series by ThisIsSumesh stars him and Poonam Raheja as his astrologer girlfriend. Sumesh is floored by his girl’s over-reliance on astrology in every little detail of their life. From no blue jeans on Sundays to no eating with your right hand on Monday to no nail trimming on Thursdays to Rashis to random lemon and chilies hanging from his hoodie, Sumesh feels like an oddly experimented upon guinea pig.

This zodiac takeover gets too intense for Sumesh as he is forced to set up a devious plan in motion to break up from the “Astrologer Girlfriend”. 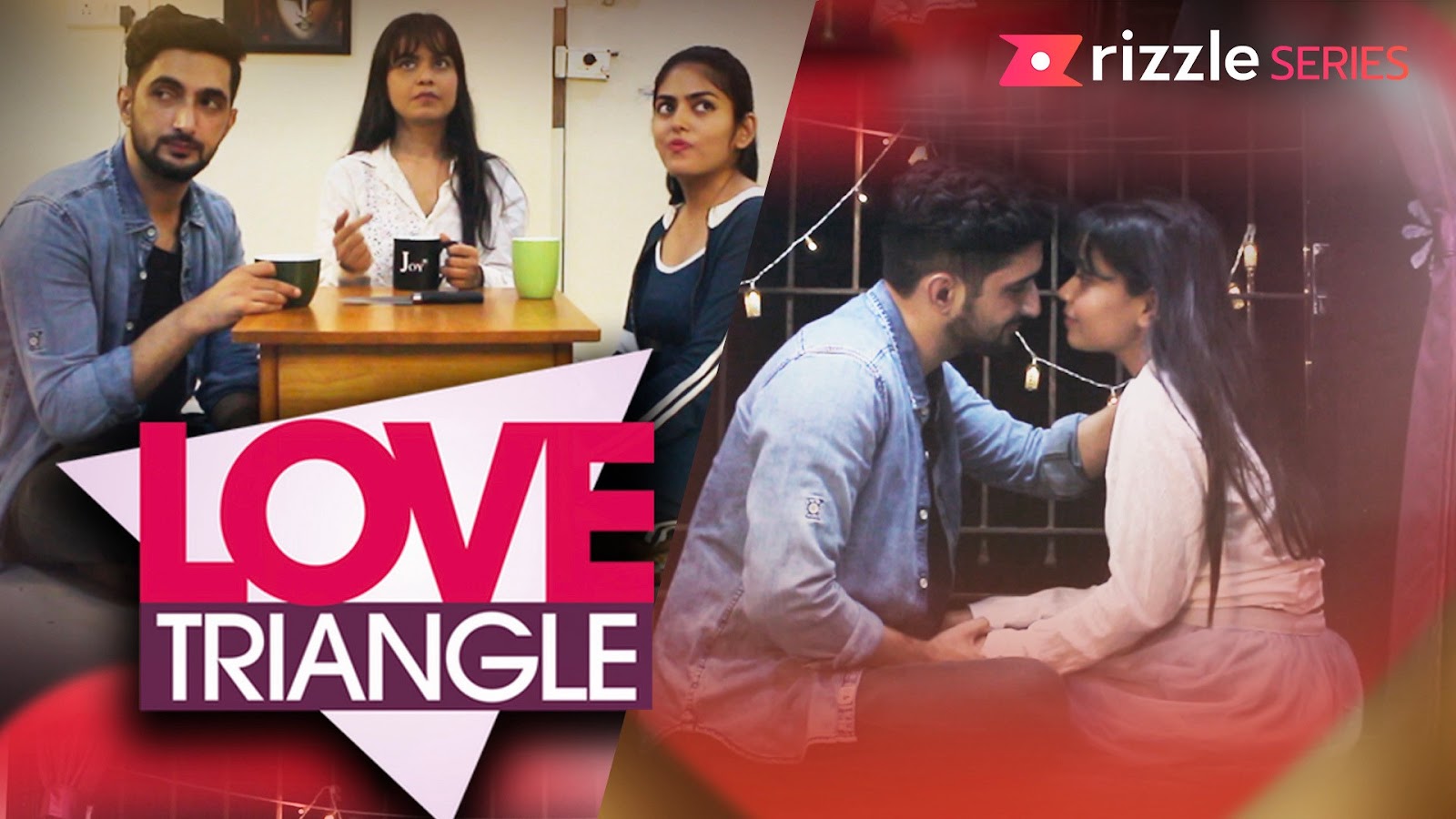 True to its name, this hilarious series is a classic entanglement between a guy and his girlfriend and girl best friend! The story follows Akash and his girlfriend as they balance their tumultuous relationship while dealing with Akash’s best friend Shruti. In a twist of events, Shruti seems to tag along with the duo causing the girlfriend to doubt Akash’s commitment to her. From trivia about his first kiss to hijacking date-nights to dress-fittings, Shruti finds herself interfering with the couple’s life. Watch this series if you’re looking for some light comedy!

If 2020 was so full of entertainment and laughter on Rizzle, here’s hoping for an even more epic 2021. There are several other series from various talented creators and artists on the platform. Go ahead and start the binge-fest on Rizzle!