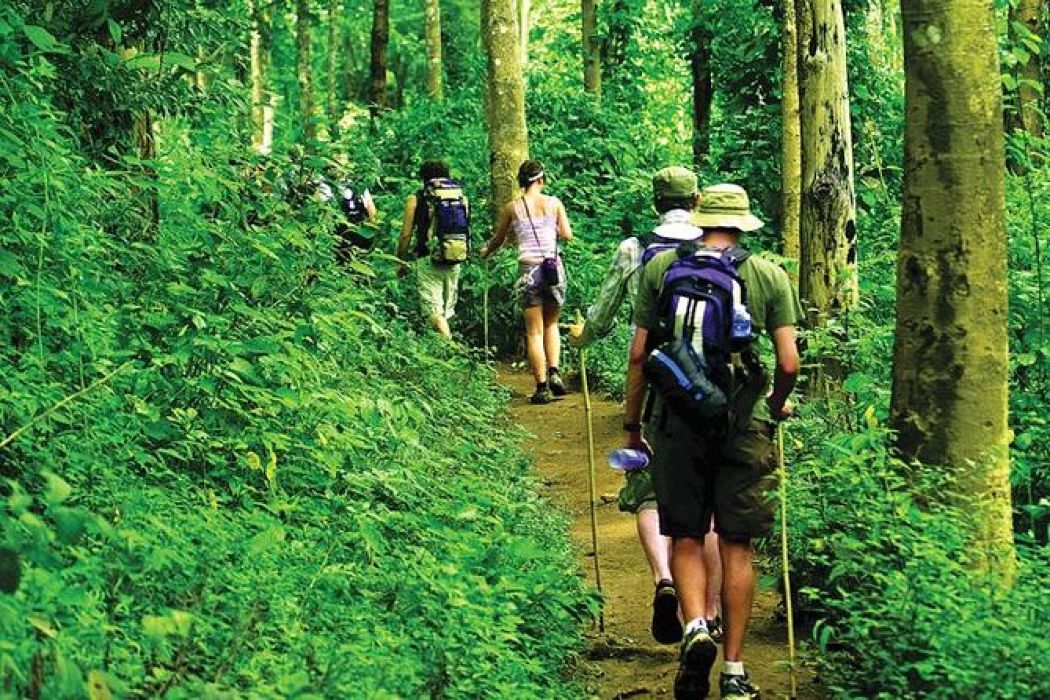 The beauty of India could never be described in words. It could majestically stand-alone to manifest its natural beauty to the visitors and embrace them with tenderness and warmth. Since the nation is widely praised for its coastlines, mountains, and hills, you could never forget about its jungles which are lavish in their appearance. You could now go for jungle trekking and forest bathing and get the most out of India’s jungles, national parks, and forest reserves as they are attracting more visitors. Most of you would love to go jungle trekking at least once in your lifetime and some of you might yearn for it while watching discovery channels. So, here is a list of jungle trekking destinations in India that have been waiting for your arrival.

TAMIL NADU’S MUDUMALAI: Popularly known to be one of the lush green and most visited sanctuaries in South India, Mudumalai Wildlife Sanctuary is located in the southern state of Tamil Nadu. It has been naturally featured with dense jungles and stunning wildlife as well. The jungles of Mudumalai are a part of the UNESCO World Heritage Site. Being known as a notified tiger reserve, Mudumalai is also famous for trekking and wildlife photography due to its greeny ambiance as well as consists of 330 species of mammals.

WAYANAD’S CHEMBRA TREK: Like Mudumalai, the Chembra Peak trek of Kerala is also one of the most popular treks in South India. Situated at a height of 2,100 meters above sea level, Chembra Peak trek is found majestically located in the idyllic Wayanad Hills of Kerala. It has been known as one of the tallest peaks in the Western Ghats. The natural beauty and its verdure environment are beyond words. The trekking here takes almost four hours to complete and you would witness the popular heart-shaped lake while you are reaching the top, called the Lover Lake. You could get to experience the most during the monsoon months.

ANDAMAN AND NICOBAR ISLANDS’ MT. HARRIET NATIONAL PARK: While Andaman and Nicobar Islands could be most-loved for their amazing coasts and crystal clear beaches, they are also known for distinctive jungles in India. Specifically, the mesmerizing flora in the jungles of Mount Harriet National Park is popular here. As it has been completely away from mainland India, the jungles in Mount Harriet National Park are highly unique its features when it is compared to the other greeny jungles in mainland India thereby making your trekking an amazing and revitalizing one. The jungles would offer you spectacular viewpoints of beautiful chromatic sea views. Do not ditch the idea of the Andaman and Nicobar Islands at any point in your life.

GOA’S COTIGAO AND NETRAVALI WILDLIFE SANCTUARY: Just like Andaman and Nicobar, Goa has been a dream for many and it has been best-loved for its untouched beaches. But this has the other side of gorgeous greenery beauty which you could never neglect. The wealth of flora and fauna is great in the jungles of Goa along with stupendous wildlife sanctuaries, especially in Cotigao Wildlife Sanctuary and Netravali Wildlife Sanctuary. These both thick jungles are great for trekking making it a mind-blowing experience along with its natural beauty.

MAHARASHTRA’S TADOBA: The oldest yet glorifying national park of Maharashtra is Tadoba National park which is infused with beautiful wildlife with a great population of tigers. This has been widely known as one of the most celebrated regions of Maharashtra’s jungle trekking. Famed for its bamboo jungles and dense vegetation, Tadoba proffers you the best trekking experience during the monsoon months of June to August.