Sip soothing chamomile and diminish your stress and anxiety!

Shoo away your menstrual cramps with a cup of chamomile tea! 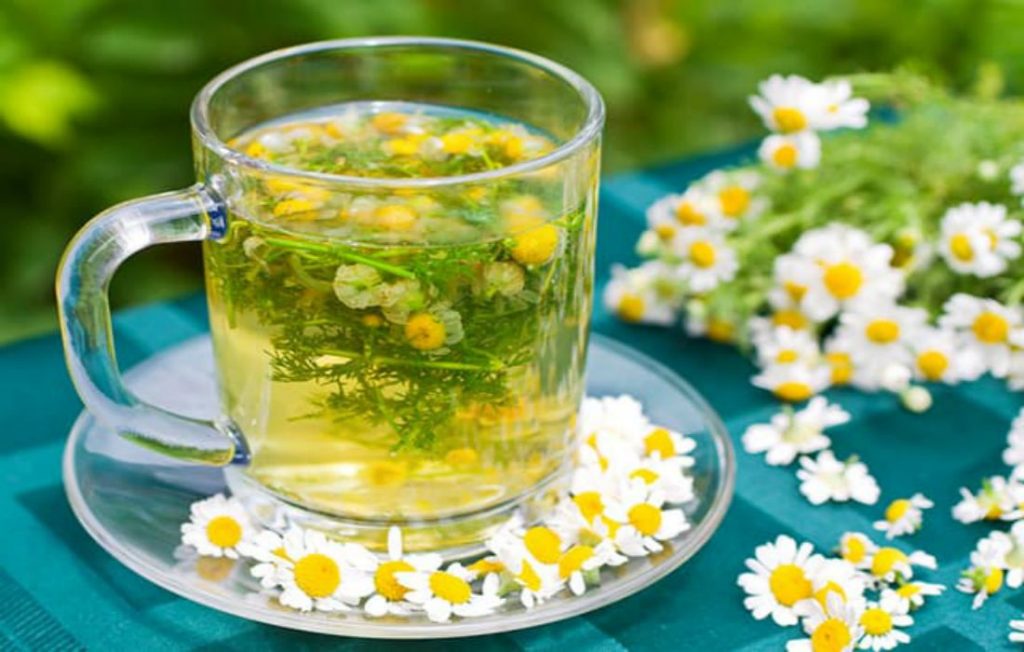 AIDS DIABETES: Studies have proved that chamomile tea has the power to reduce the blood sugar level in people suffering from diabetes. Well, it might not be a complete replacement of diabetic medication, but it is just helpful in treating diabetes as a supplement. It thus helps to manage, treat and even prevent diabetes.

LOWERS MENSTRUAL PAIN: Women have been suffering from periods cramps every month of their cycle. But several studies have come into conclusion that a sip of chamomile would reduce the pain of menstrual cramps. It would also additionally reduce anxiety and distress which is associated with the periods’ pain. So, have a sip and enjoy the soothing feel.

HELPS IN TREATING THE SYMPTOMS OF COLD: Certain studies have recommended that inhaling the steam with the extract of chamomile would do magic for your cold infections. It would help you to alleviate the symptoms of the common cold but this seems to be unproven until now. But you test whether it works or not by using it while you do steaming next time.

DECREASES INFLAMMATION: Well, inflammation is an immune system reacting to battle against the infection. But chamomile could be helpful to you by reducing the inflammation as it is inhabited with chemical compounds that help you to fight it. But you should be careful enough to know about the long-term inflammation which is associated with different health issues such as hemorrhoids, gastrointestinal pain, arthritis, an autoimmune disorder, and depression as well. So, you should be aware of inflammation and ready to treat at the first hand.

LOWERS AND PREVENTS OSTEOPOROSIS: You would have learnt about osteoporosis which occurs due to the lack of bone density. It might even increase the chance of bone fractures and stooped postures. However, it is common in women who are in their post-menopausal period and it might be due to the effects of estrogen. Well, a study has found that chamomile tea is instilled naturally with anti-estrogenic effects and it also helps in enhancing bone density as well. But further research is needed.