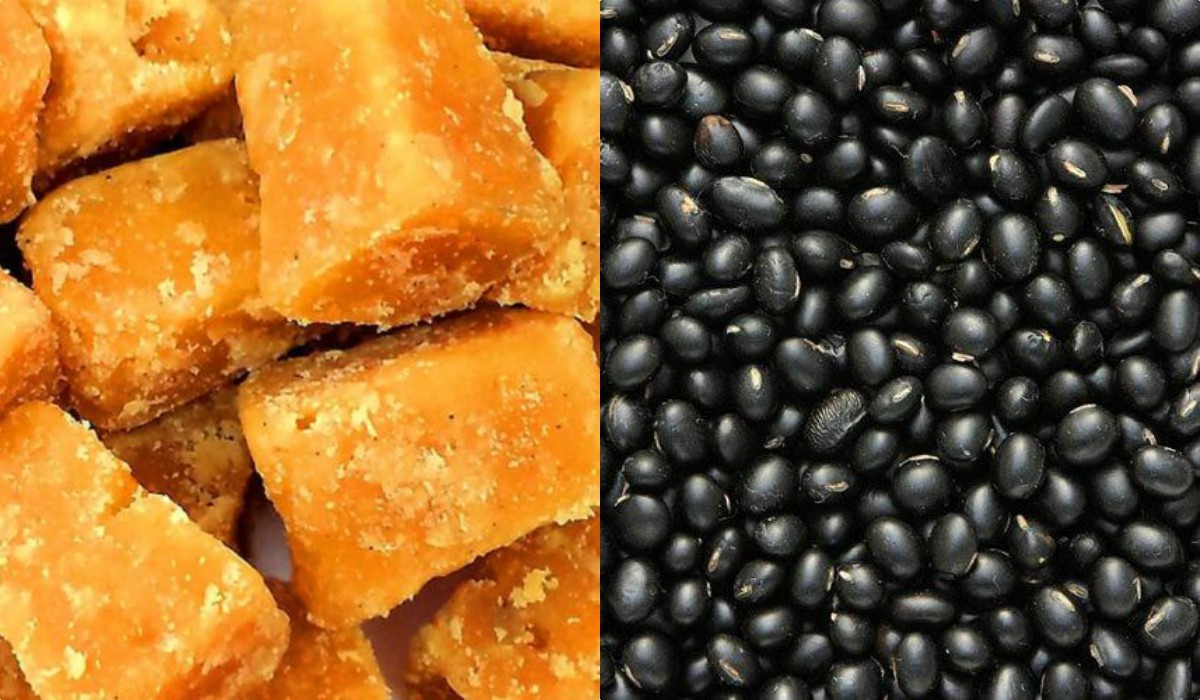 Black gram is known to be one of the aphrodisiac foods!

Check out the myriad of benefits by energy-loaded black grams.

Well-known as vulundhu in Tamil and popularly known as Urad Dal in Hindi, the Black gram is known for its instant-energy. People’s never-ending love for spongy idlis, crunchy vadas and palatable dosas which are the traditional breakfast of South India would never fall. They are energy-providing foods that would kick start your day and keep you active throughout the day. It is all due to the protein overloaded Black Gram! However, It is widely used in Ayurveda to treat joint pains and strengthens the nervous system. The best way to use black grams is to take it entirely without avoiding the outer black coat which is healthy. It is a great source of protein, Vitamin B, potassium, calcium, iron, riboflavin, and magnesium.  Since black gram infused foods are traditional breakfast in South India, they are also taken during the harvest festival which is called Pongal. Well, These bean-shaped black grams are incorporated with several health benefits. Let’s check out the following benefits of the black grams.

OFFERS BONE HEALTH: Since black gram is loaded with a myriad of minerals such as potassium, magnesium iron, phosphorous and calcium, it could be useful in strengthening your bones. Howbeit, it is highly suggested for those who are suffering from calcium deficiency, iron, and other common deficiencies as well. Even it is highly recommended for women who are menstruating to get the maximum out of it by getting extra bone strength.

HELPS DURING PUBERTY IN GIRLS: People of South India have a tradition of providing black gram foods to girls at the time of puberty. Since the females are weak at the time of menstruation, the consumption of black gram would help women to stay healthy and energetic. It would also help them from preventing back pain while menstruating and provides bone health for the future. Black gram is mostly served in the form of dessert (Vulundhu kali in Tamil) or as Sweet Balls (Ladoo) mixed with Jaggery which is considered to be healthier than other forms.

PROVIDES FLAWLESS SKIN AND HAIR: Being the great exfoliator, black gram not only alleviates dirt and dead skin cells but also transfers your skin to be soft and supple. You gotta prepare the paste by grinding the soaked urad dal and mix it with the milk. Rub it and leave it for 30 minutes, then wash it with lukewarm water. When it comes to hair, black gram helps in relieving you from dull and frizzy hair and provides smooth and silky hair. So, you have to prepare the paste by grinding the urad dal and mix it with the curd. You have to apply it on the scalp and wash it with the shampoo for flawless hair.

Beware! Sipping These 5 Drinks Can Lead To Cancer

GREAT FOR HEART HEALTH: A Study has revealed that by consuming black grams regularly, it would protect your cardiovascular health. It lowers the bad cholesterol level and also averts the arteries from narrowing down which is known as atherosclerosis. Meanwhile, the presence of potassium and magnesium enhances blood circulation and protects the overall health of the heart.