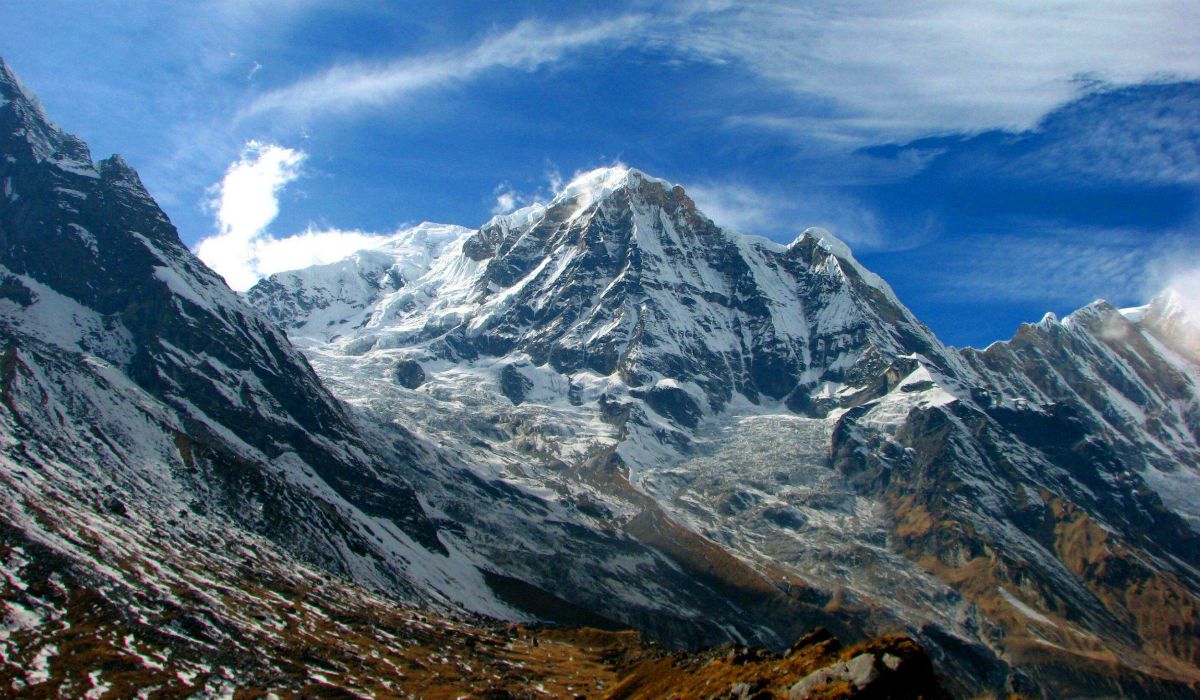 ​Starcast of ‘A Suitable Boy’ Poses On The British Vogue Magazine

Learn the hypnotizing facts about captivating the world-famous Himalayan Range!

Himalayas- The name itself brings you peace and rejuvenation. The Himalayas is the only exuberant that captivates millions of hearts all over the world. It has been a dream visit or a dream journey to many souls out there. Almost every human of the country wishes to have a glimpse of the greatest and famous Himalayas once in their lifetime. Nothing could be compared to the beauty of snow-capped mountains and the rise of the day’s king-Sun at its top and the snow-howling approaching you when you are there. It is a dream yet passionately tranquil journey to many bike riders to the Himalayas and this might be their ultimate destiny as well. Though you are excited to hear about the Himalayas, it has been veiled with other surprising facts which would make you wonder in astonishment.

THE YOUNGEST MOUNTAIN RANGE OF THE WORLD: Doesn’t it sound surprising? Yes, Himalayas are the youngest mountain range in the world. Though the Himalayas are 25 million years old, they are the youngest to other mountain ranges of the world. This particular world-famed mountain range is formed due to the collision between Indo-Australian and Eurasian tectonic plates. Nevertheless, the sunset makes the mountains transform into golden with its rays being spread and looks as if the ‘Golden Mountain’.

THE TRANSLATION OF THE NAME HIMALAYAS: Well, when the name – Himalayas being translated, it literally means “Abode of Snow”. As the Himalayas was named by fusing the two Sanskrit words such as ‘Hima’ which exactly means snow and ‘Alaya’ which means ‘abode’, thus giving the literal meaning the ‘Abode of Snow’. It suits perfectly as the mountains are covered with the shining white snow and spread the chillness everywhere.

NATURALLY EXTENDS ACROSS SIX DIFFERENT COUNTRIES: Most of you might have been aware of this fact though. Well, the youngest and mesmerizing mountain range has been stretched across six different countries including India, Nepal, Bhutan, Tibet, Afghanistan, and Pakistan. And this is the only mountain range that covers multiple countries in the world.

HIGHEST NUMBER OF PEAKS IN THE WORLD: Seesh! The serene-inducing Himalayas has been the store-house of most number of highest peaks in the world. It has 25 highest peaks which exceed 8,000 meters. Ever heard that snow melts here? Obviously, you would not have heard because it is one of the few places where the snow never melts on the world.

KNOW THE REAL NAME OF MT.EVEREST: Being the highest mountain in the world, it lies in between the boundary of Nepal and Tibet, in the Himalayas. It was named after the Surveyor General of India, in 1865. However, the people of Nepal use to call it the highest peak – “Sagarmatha” which literally means “Goddess of the Universe” whereas the Tibetians use to call it “Chomolungma” which means the “Goddess Mother of Mountains”. Don’t you think to suit the highest mountain of the world perfectly?

RIVERS ARE ELDER THAN THE PEAKS OF HIMALAYAS: The rivers gushing from the Himalayas are older than the peaks of Himalayas. Could not believe the fact of the rivers being older? Yes, The Ganges, Indus, Brahmaputra and Yarlung flow from the Himalayas to form the three major rivers in the Asian continent. No matter if you get on it to have a natural gushing journey, the river would take you there. The river would act as an acquaintance to you throughout the journey of serenity.

FASTEST MOVING MOUNTAIN RANGE IN THE WORLD: Did you know the Himalayan range is the most restless one? Since the Indo-Australian plate moves at 67mm per year currently, it is considered to be the fastest moving mountain range of the world. Even it is calculated that in the next 10 million years, it would travel up to 1,500 km into Asia. That’s something shocking yet wonderment, right? Howbeit, None of the mountain range in the world moves as fast as the Himalayan range.