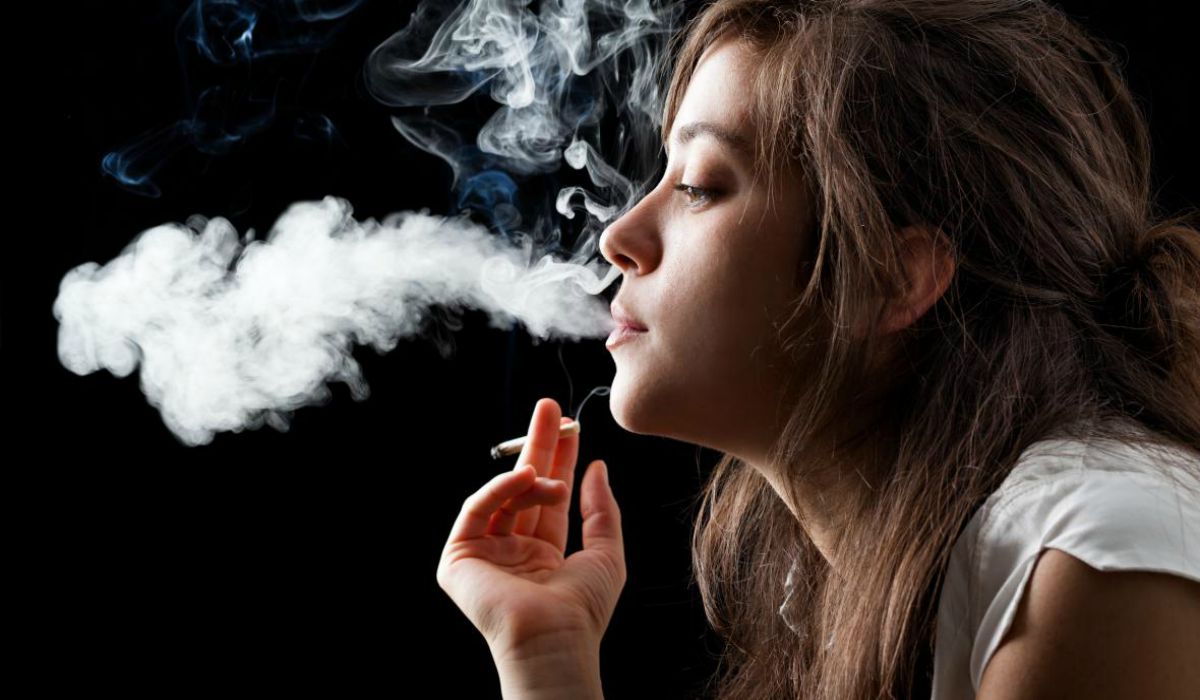 Ladies! Just think a second before you lit up your cigarette.

Do know about the negative impacts of smoking.

Generally, Smoking is considered to be one of the bad habits. It is also considered to be an addiction and has multiple side effects such as cancer and other lung diseases. And these adverse effects are harmful to the health of the human body. It is also revealed that women are likely to be affected by lung-damaging due to smoking than men, according to the research. While these are the common health effects of smoking found both in men and women, there are some other risks for women that smoking offers. The negative health impact on women comes with reproductive health and also cervical cancer. Let’s check out the health effects of female smoking.

FECUNDITY ISSUES: When it comes to the effects of female smoking, it affects the reproductive system. Smoking, by all means, damages the female reproductive system and makes it difficult for women to get pregnant. The reason behind the fecundity issues by smoking is due to the tobacco and other chemicals present in the cigarettes which affect the levels of the hormone.

IMPEDIMENTS DURING PREGNANCY: Did you know the fact that smoking could increase the possibility of ectopic pregnancy and lowers the weight of the infant? Yes! Smoking has its negative impact on a woman’s pregnancy by increasing the risk of preterm delivery, affecting the fetus’s lungs, brain and central nervous system, risk of sudden infant death syndrome, and also offer congenital abnormalities.

MESS YOUR MENSTRUATION: You might have heard that boozing could possibly have a negative impact on women’s menstruation and it could lead to irregular periods. Similarly, smoking causes shorter as well as irregular menstrual cycles to women who smoke often. It worsens the periods by providing painful cramps which endures more than a day. Additionally, smoking women undergo severe premenstrual symptoms as per the studies. By this way, smoking becomes the worst enemy of women.

REDUCES IMMUNITY: Smoking, in common, possibly weakens the immune system of a person. This, in turn, makes the body of the person more prone to illness. It could also add up additional inflammation in the body.

AFFECTS SKIN AND HAIR: Well, smoking makes you look older than your actual age. It also has a greater impact on the health of skin and hair and it could pave the path to hair loss and balding. However, smoking makes a person experience premature aging and wrinkled skin and also pushes a person to the risk of skin cancer on lips especially.

OTHER REPRODUCTIVE ISSUES: While smoking affects the reproductive system of women by fertility issues, there are other issues smoking creates on the reproductive system of a woman. It might cause irregular or painful periods, low estrogen levels which contribute to mood swings, fatigue, and vaginal dryness, women have a chance to experience menopause at a younger stage with terrible symptoms and thus have difficulty in getting pregnant.

RESPIRATORY PROBLEMS: A person who smokes more often would be affected by chronic obstructive pulmonary disease (COPD), which makes it hard for a person to breathe and also gets worse. Howbeit, women are more likely to be affected by COPD than men at a younger stage of life by noting that there is no cure for the disease.