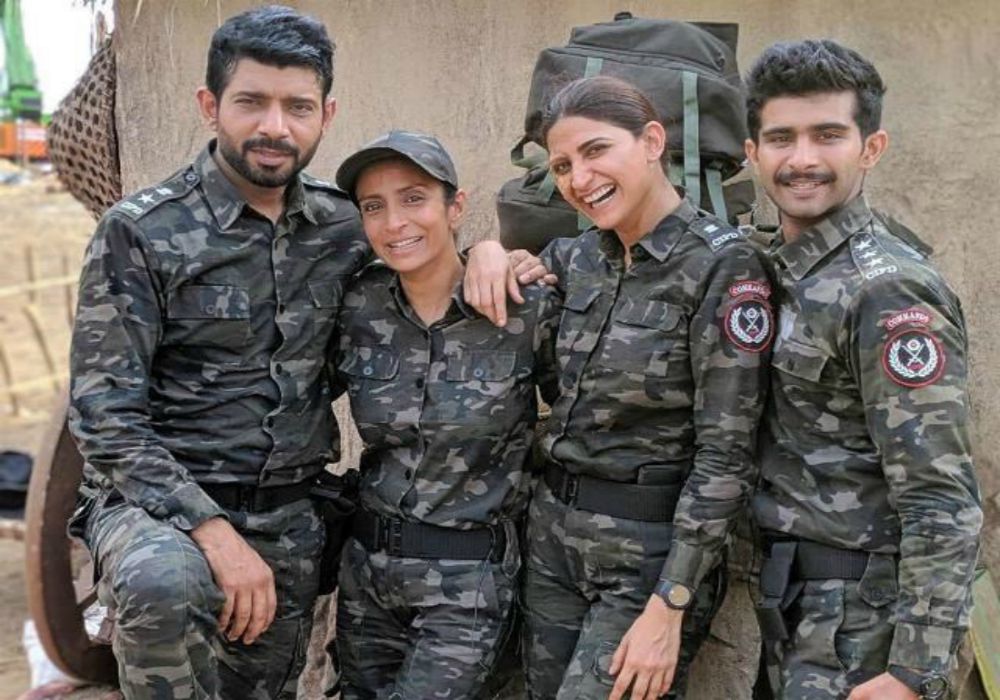 Aahana Kumra is one great talent to look for. She has carved a different path for herself by performing unique roles, the latest being DC Ahluwalia from the web show ‘Betaal’.

The actress, who was praised for her role, shared a series of photographs from her training days while they were preparing for the shoot of Betaal.

We usually trained in our costumes with ammunition so we could get used to the process of learning the uniform in the days that were to follow. @paragnm @shruti_kapoor_21 @vikramdahiya707 So much #Gratitude that I got to play a soldier in reel life! Bucket list ticked! Tyagi, Vikram Sirohi, DC Alhuwalia, Akbar, AC Haq, Kaushali! All Present.”

Let us be Human!” Urges Amitabh Bachchan Amid Covid19 Lockdown

Through these photographs, we can see the team getting trained for the shoot in their shoot costumes and with ammunition. ‘Betaal’ is an Indian zombie horror web series based in a remote village that serves as the battleground between East India Company Army officer Lt. Col John Lynedoch, his battalion of zombie redcoats from the Indian Rebellion of 1857, and the fictional CIPD force. The show is currently streaming on Netflix.

On the work front, Aahana will next be a part of the film ‘Shamshera’ starring Ranbir Kapoor, Sanjay Dutt, and Vaani Kapoor. The film is directed by Karan Malhotra and is about a dacoit tribe who took charge in the fight for their rights and independence against the British.