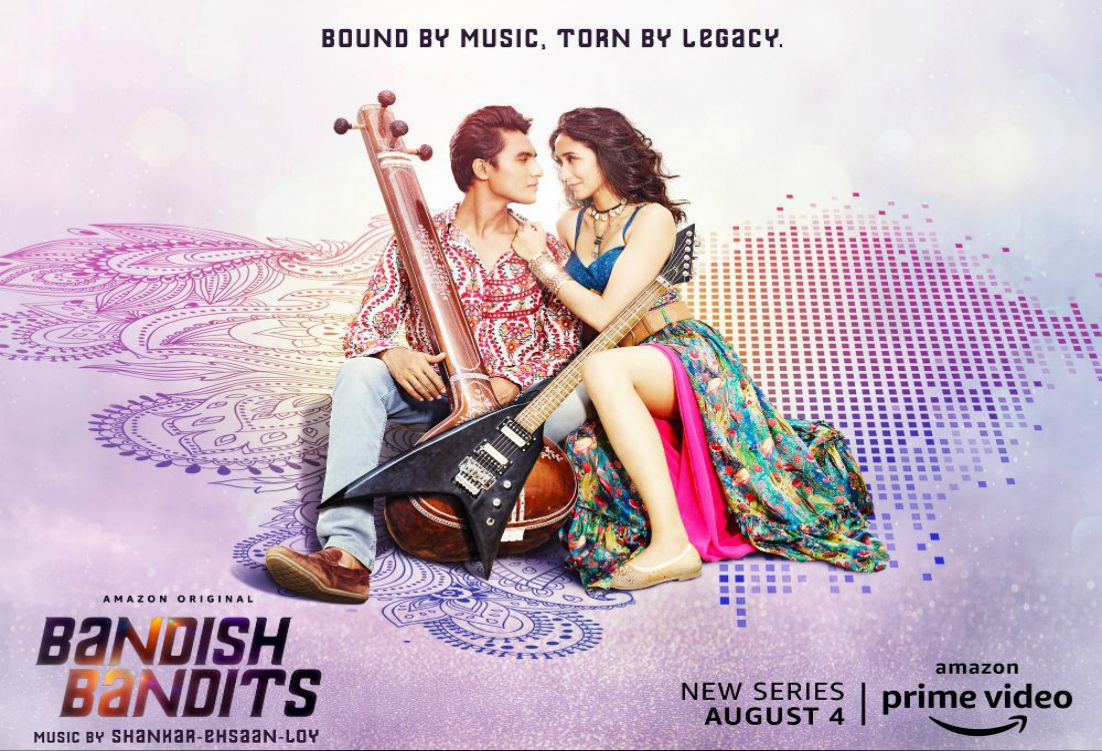 Prime members in India and across 200 countries and territories can stream the show from 4 August 2020.

“We’re passionate about telling diverse and deeply resonant stories,” said Aparna Purohit, Head of India Originals, Amazon Prime Video. “Bandish Bandits is a musical romance about a young couple caught in a fusion of contrasting worlds, traditions, and musical gharanas. It’s the first of its genre for Prime Video and we are thrilled to be bringing it to Prime members in India and around the world.”

“Bandish Bandits has been a true labor of love and we’re pleased to be bringing it to a dynamic, global service like Prime Video, which champions unique original content from around the world,” said Amritpal Singh Bindra, Producer, and Creator, Bandish Bandits. “While elements of the show are rooted firmly in Indian tradition and values, this is, without doubt, a modern musical romance that will appeal to a global audience. We can’t wait to take Prime members on a journey of love, differences, and discovery, led by the supremely talented Ritwik Bhowmik and Shreya Chaudhry, against a backdrop of soulful music.”

4 Most Palatable Indian Coastal Sea Foods You Should Try

“Bandish Bandits is a story about the meeting of two individuals and cultures that are in many ways different, and yet in other ways incredibly similar,” said Anand Tiwari, director, Bandish Bandits. “While each character has a unique and compelling story in their own right, it’s how these stories come together which makes this series so powerful, romantic, and real. I am beyond excited to bring this incredible tale of romance, beautifully told through the musical genius of composers Shankar-Ehsaan-Loy, to Prime Video.”

Bandish Bandits will join the thousands of TV shows and movies from Hollywood and Bollywood in the Prime Video catalog. These include Indian-produced Amazon Original series such as Breathe Into The Shadows, Four More Shots Please, Paatal Lok, The Forgotten Army – Azaadi ke Liye, The Family Man, Mirzapur, Inside Edge and Made In Heaven, as well as award-winning and critically- acclaimed global Amazon Original series like Tom Clancy’s Jack Ryan, The Boys, Hunters, Fleabag and The Marvelous Mrs. Maisel, all on Prime Video, which is available at no extra cost for Prime members. The service includes titles available in Hindi, Marathi, Gujarati, Tamil, Telugu, Kannada, Malayalam, Punjabi, and Bengali.

Prime members will be able to watch all episodes of Bandish Bandits anywhere and anytime on the Prime Video app for smart TVs, mobile devices, Fire TV, Fire TV stick, Fire tablets, Apple TV, Airtel, Vodafone, etc. In the Prime Video app, Prime members can download episodes on their mobile devices and tablets and watch anywhere offline at no additional cost. Prime Video is available in India at no extra cost to a Prime membership for just ₹999 annually or ₹129 monthly, new customers can find out more at  www.amazon.in/prime and subscribe to a free 30-day trial.