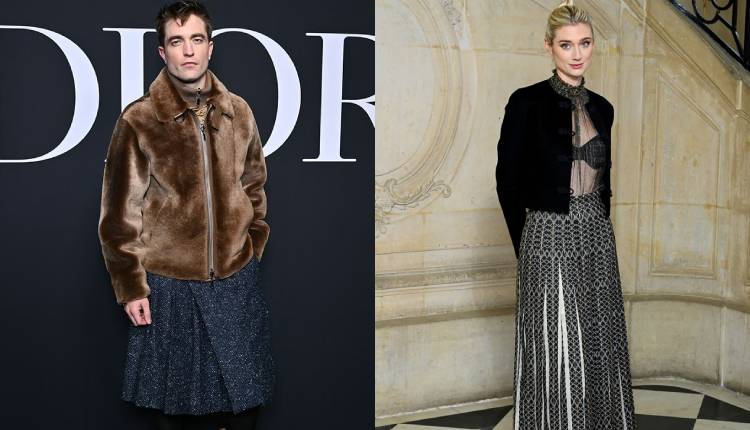 This year, the 2023 Paris Fashion Week attracted celebrities, models, designers, fashionistas, and everyone else in between to the capital of fashion, Paris, from January 17 to January 22. Guests have witnessed a wide range of designs and artistic visions during the jam-packed five-day schedule of shows, which will feature presentations from major fashion houses like Dior, Louis Vuitton, Givenchy, Rick Owens, and Maison Margiela, among others. Let’s look at some of our favourite celebrity looks from this year’s Paris Fashion Week, which has been surrounded by so many amazing fashion moments.

Robert Pattinson attended the Dior show wearing a sparkly skirt. The brown fuzzy jacket and blue skirt that Pattinson wore for Dior were his entire outfit. It was knee-length as well as fully covered in sparkles, with subtle pleating. One of the coolest looks from Paris Fashion Week was unquestionably this unconventional outfit worn by The Batman himself.

You may also like: Scintillating Ethnic Wears of Ambani Women at Anant & Radhika’s Engagement 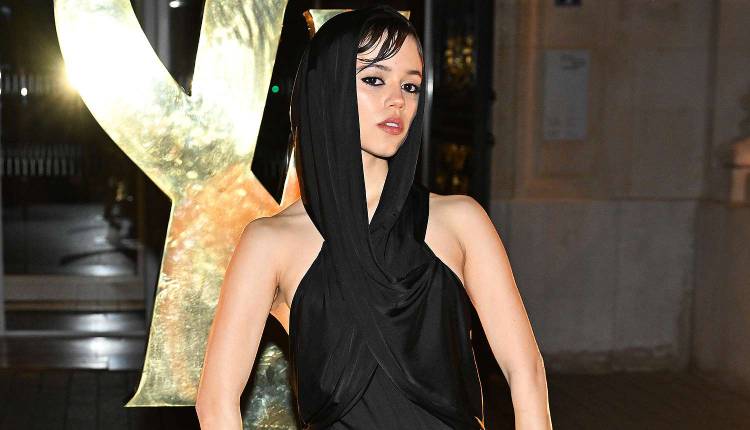 The Wednesday actor has been extremely active in 2023, looking stunning at the Golden Globes and Toast, which is a Critics Choice Nominee. She was indeed reportedly taking part in fashion week in Paris and attracting attention. The 20-year-old showed up to the Saint Laurent Menswear Fall-Winter 2023–2024 show on Tuesday wearing a stunning floor-length hooded black gown. She added hefty gold bracelets as accessories and channelled Y2K goth with eyeliner all over her lids. Her Wednesday co-stars Percy Hynes White (Xavier), as well as Georgie Farmer (Ajax), were said to be in Paris with her, and the three of them were said to be taking in the sights. She was seated next to White during the runway, and they both looked stunning.

After viewing all of the images, if you’re still unsure, the singer Doja Cat is actually hidden beneath all of those red Swarovski crystals—30,000 of them, no less. The Kiss Me More singer wore this stunning ensemble, which required five hours of meticulous jewel placement, to the Schiaparelli Haute Couture display. Her gown is made of wooden beads that have been lacquered, contributing to the texture.

Anya Taylor-Joy looked effortlessly stylish in a plunging corset in black and white with exquisitely detailed needlework. Her bright blonde hair was left to hang loosely down her back as she wore the outfit with a black velvet skirt as well as a white jacket. The 26-year-old The Queen’s Gambit actress wore a tailored outfit that exposed some of her midriff, and leather boots to finish the look. Actress Maisie, 25, from Game of Thrones, showed off her fashion sense in a strapless checked outfit as well as black tights. The well-known face added definition to her waist with a black leather strap and completed the ensemble with matching kitten heels. We thought it was important to note that she was sitting in the front row and looked absolutely dashing.

Elizabeth, 32, who played Princess Diana in the most recent season of Netflix’s The Crown, displayed her bra in an immense silver top paired with a long, pleated skirt as well as a stylish cropped black jacket. The cast of The Crown, which is currently in its sixth and final season, is reportedly back at work getting ready for the finale season’s anticipated explosion.

The musical West Side Story actress Rachel Zegler looked chic during the Dior show at Paris Haute Couture Fashion Week while wearing a buff crocheted outfit. Her short skirt, crop top, and nude slingbacks were coordinated with a small briefcase. One of our favourite looks from Paris Fashion Week, it was the ideal outfit, which is obviously why it was so popular.

On Monday during Paris Haute Couture Week, Jisoo showed up at the Dior haute couture show dressed from head to toe in a dreamy, classic-inspired Dior outfit. The Blackpink singer as well as K-pop star sported an all-white ensemble, which included a white dress with broad straps, an embroidered bodice, and a pleated skirt, as well as a sheer white shirt under it, to support the brand’s most recent couture collection and Dior’s design director Maria Grazia Chiuri. Along with a white and floral Dior top-handle bag, she accessorised the outfit with white lace pointy-toe heels.

How To Get Acne Free Skin?

Lakmé Academy Powered by Aptech presented “The Showcase”, a first of its kind runway…

5 Tips for Styling a Kaftan Dress for Any Occasion