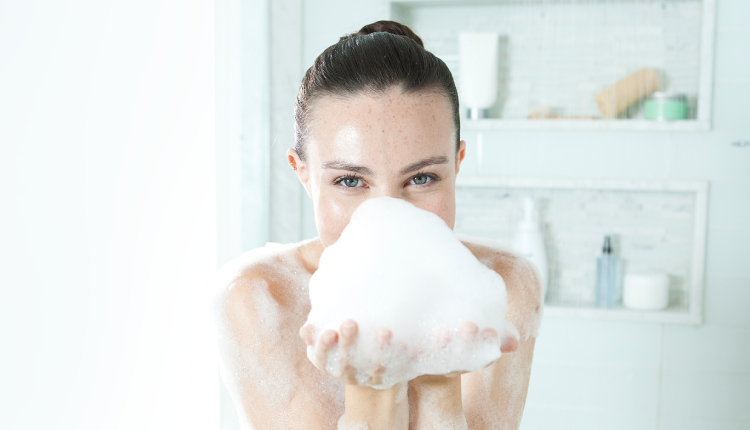 No introduction is needed for Shower gels as they have been growing popular in recent years. People are using shower gels as they found them to be the perfect alternative for soaps. Shower gels could be used daily over soaps since they work well in cleansing your body. Moreover, Shower gels come in varieties and give you choices to pick. It has been infused with ingredients including argan oil, tea tree oil, white musk, jasmine, rose, avocado, berries, papaya seeds, and herbals. With a wide range of varieties being infused, shower gels would do their best for your body cleaning process. So, let’s check out the unbelievable benefits of using shower gels. Read on to know more about the unbelievable benefits of using shower gels.

LOCK UP THE SKIN’S MOISTURE:

While soap bars might leave your skin dry and oily and result in allergies and itchiness, shower gels are not. Shower gels would not strip away the moisture on your skin but avert the elimination of excessive amounts of moisture from the skin. As a result, it locks up the moisture in the skin.

Choosing shower gels would help you keep your washroom products away from being contaminated and used commonly. You might have often come across this situation where you find soap bars being lined with others’ hair strands. But this is not the case with shower gels which is why it is a hygienic choice.

You may also like: 5 EFFECTIVE COUNTERPARTS FOR SOAPS THAT YOU COULD AT LEAST USE FOR THIS HOT SUMMER BEAUTY ROUTINE

When it comes to lather, shower gels are best than soaps. Most people tend to overuse soaps just because they did not get enough lather. This is due to the fluid-like nature of the gels which contains the most effective surfactants being infused. As a result, a little rub could create enough bathing foam you need to clean your body.

Since using soaps frequently and rubbing them enough would lead to wastage easily, you might need to stock up with the soap bars within a few days. But shower gels are trapped in tube containers and easily squeezed out the required amount of it when you need it. So, it would stay for several days and saves your money.

INFUSED WITH WIDE-RANGE OF ESSENTIAL COMPOUNDS:

Rather than soap bars, shower gels contain a stronger package of essential oils, fragrances, and vitamins. Surprisingly, certain shower gels are infused with antiperspirant chemicals which would be helpful for people who sweat excessively. So, shower gels are a great choice.

Five Types of Foods to Control Your Sugar Cravings

THIS SUMMER, INDULGE IN AN ITALIAN SOJOURN WITH NASO PROFUMI’S LATEST LAUNCH- PALO…

What’s new in Nykaa to Scroll and Order?