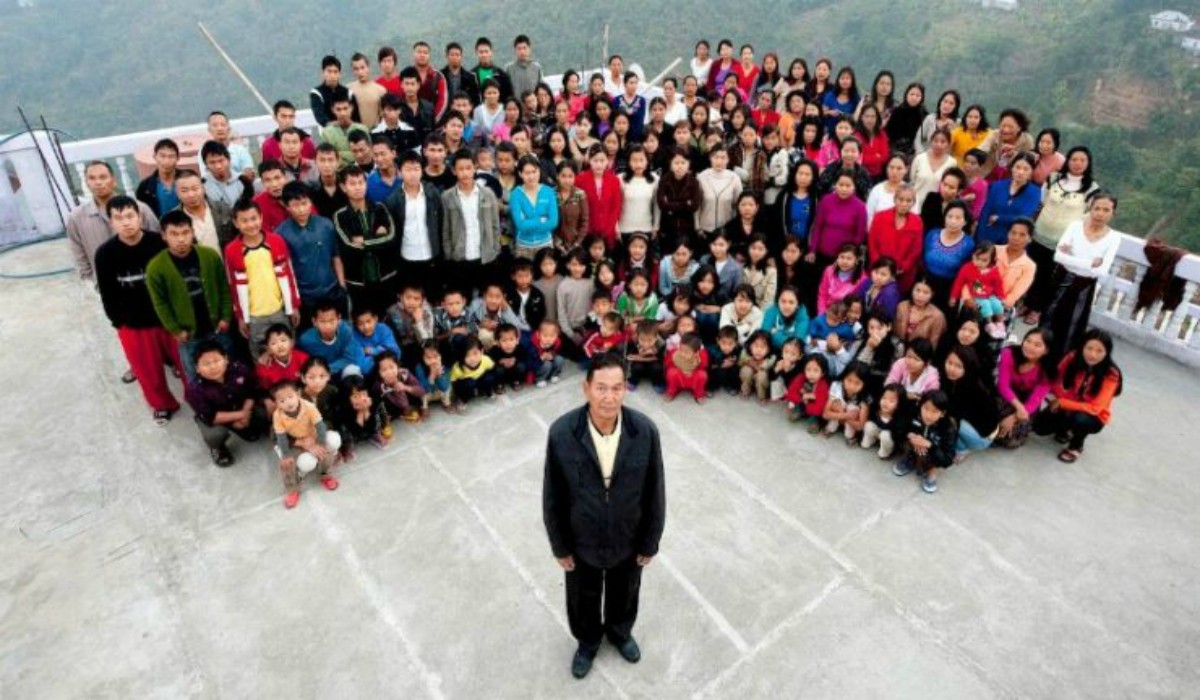 10 Most Delicious And Yummy Mango Hotspots In India

WORLD’S HUGE FAMILY- A MAN LIVING IN A 100-ROOM MANSION WITH ALL HIS FAMILY MEMBERS!

The family members together live in a 100-room, four-storey house

Ziona Chana lives with his 39 wives, 94 children, 14 daughters-in-law, and 33 grandchildren and now labeled as the world’s biggest family. He is the head of the huge family and he also stated that he is happily ‘blessed’ to have his 39 wives. The family members together live in a 100-room, four-storey house built amongst the bewitching hills of Baktwang village at Mizoram, a state in India. The outer look of the mansion appears to be the hotel as it incorporates four-storey. The wives of the man sleep in massive communal dormitories and thus the mansion of Ziona is considered to be the biggest concrete structure in the hilly village of Baktawng in Mizoram.

Once in an interview, Mr. Ziona Chana stated that he felt like God’s special child and added that God has given him so many people to look after. Further, he also said that he considered himself a lucky man to be the husband of 39 women and head of the world’s largest family.

The members of the house just do their household chores by themselves and the sons look after the farming of the family. No servant has been employed to do chores and other works of the family. It is the oldest wife, Zathiangi who organizes her fellow partners in performing the household chores that include cleaning, washing, and preparing meals. Well, the family is thus organized with the utmost military discipline. The jaw-dropping fact is that for an evening meal, you could see them pluck up to 30 chickens, peel 132lb of potatoes and boil up to 220lb of rice. And that’s how big Mr.Chana’s family is!

As Mr.Chana is the head of the sect, it allows the members to take as many as wives he wishes to. He even got hitched up ten women in a year at his most prolific times and comfortably enjoys his own double bed. Meanwhile, his wives have no other way but to find their place in communal dormitories. And he also keeps the youngest women next to his bedroom while the older members of the family drowsing further away. There is also a rotation system for those who visit Mr.Chana’s bedroom.

Anurag Kashyap To Auction His Filmfare Trophy To Raise Funds

One of his wives named Rinkmini, who is almost 35 years old stated in an interview that they use to encircle Mr.Chana as he is the eldest and the most important member of the family. She also added that he is the most handsome person in the hilly village of Mizoram. She even shared that Mr.Chana once noticed her on a morning walk in the village, which was 18 years ago, and wrote a letter to her proposing her hand in marriage.

Huntharnghanki, another wife of Mr.Chana stated that the whole family gets along too well. The family system is working accordingly to the ‘mutual love and respect.’ However, the current sect of Mr.Chana has been inhabited by 400 members and he has never ceased to look for new wives yet. Even Mr.Chana said that he is willing to fly to the United States to marry just to expand his sect.

That’s how the largest family works and expand and even Mr.Chana’s grandfather had married many women and lived with many wives, says one of his sons. Further, he added the reason behind this is that when he marries poor women from the village, he can easily look after them.