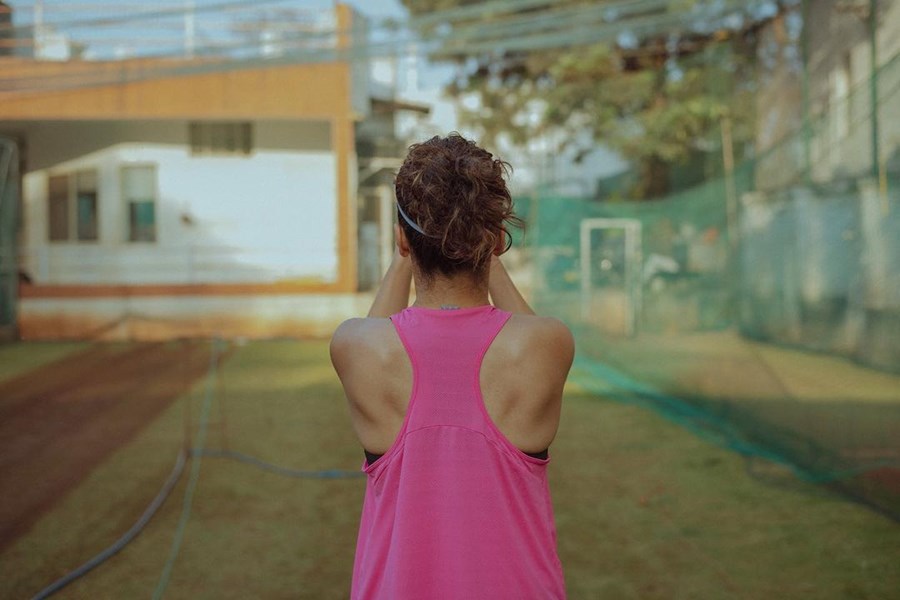 The Tinsel Town is slowing down once again due to second corona wave, but Taapsee Pannu isn’t letting anything to stop her from training for her forthcoming sports biopic Shabaash Mithu.

Stadium and other training facilities are shut down in Mumbai and Taapsee won’t let lockdown play spoilsport when it comes to her training regime. The actress is now using an open ground for workout instead of the gym.

Taapsee posted two pictures on Instagram, where she is seen flaunting a muscular back, dressed in a pink racer-back vest. She captioned it, “Training during lockdown. When open ground replaces gym. No excuses #ShabaashMithu”

The actress is currently busy shooting for “Shabaash Mithu”, based on the life of Indian women’s ODI cricket team captain Mithali Dorai Raj.

Pannu has begun filming for Looop Lapeta, which is an official remake of the 1998 German film Run Lola Run, and Dobaaraa with Anurag Kashyap.

She finished shooting for the sports drama Rashmi Rocket in January and will be next seen in Vinil Mathew’s murder mystery Haseen Dillruba opposite Vikrant Massey.

5 Super Effective Ways To Protect Your Skin From Sun Tanning