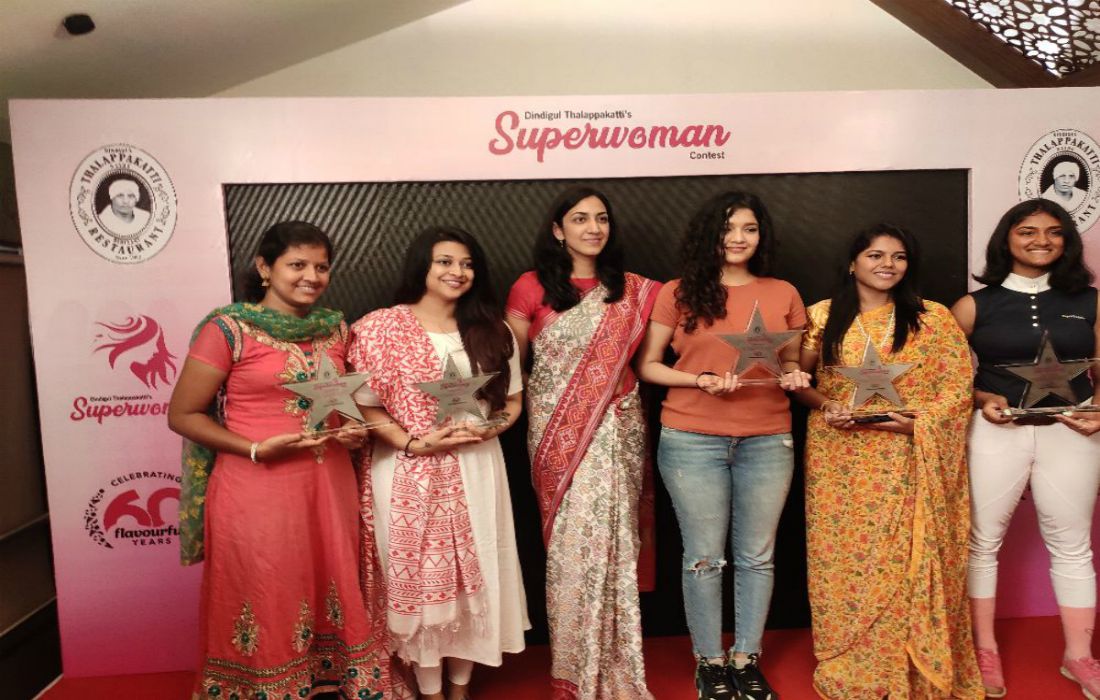 Panel Discussion on Each for Equal – International Women’s Day

Dindigul Thalappakatti, a name synonymous with traditional south Indian style biriyani made in Seeraga samba rice with its unique blend of spices, conducts its Super Woman event for the 3rd year this year at their Shanti Colony restaurant on the 7th March 2020, Saturday.

The contest and award ceremony is conducted in memory of the Late. Kannamal, the founder’s wife whose recipe is now savored in 7 different countries. This year the Chief Guest, Ritika Singh felicitated all the women achievers in various fields along with the winners of the Super Woman contest. The event was organized by Deepika Nagasamy, Director Thalapakkatti restaurant 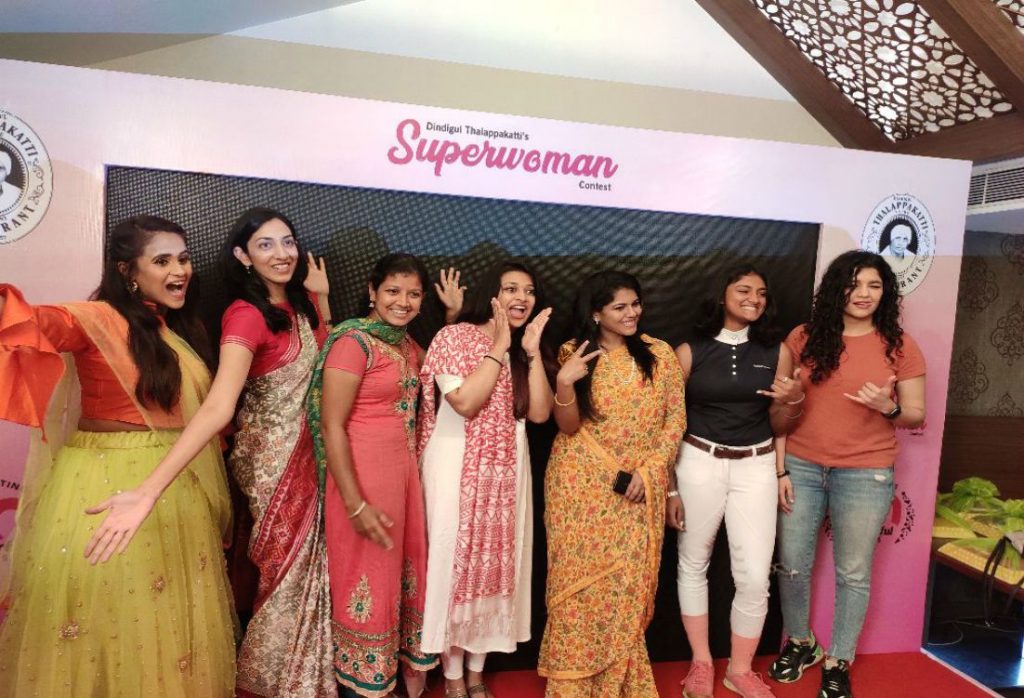 The achievers facilitated are:

Archana Stalin, a proud woman entrepreneur, is from a family with farming lineage. After graduating from College of Engineering, Guindy, she has had 9 years of professional experience working in various fields. She believes that real change comes from the upcoming generations and is keen on educating children about Nature & inculcating environmental awareness among them

Tiyasha Vathul, an equestrian, and she competes in both dressage and show jumping. She started riding at the age of 5 and has been competing since the age of 8. She wishes to be an international dressage rider, and represent India in the Olympics someday. Tiyasha is the current Junior National Champion having won 4 golds, 1 silver and 1 bronze medal in the recently concluded Junior National Equestrian Championship in Bangalore. Tiyasha is also chosen to represent India in the U-21 Asian Dressage Championship to be held in November this year.

Having founded Inner Goddess at the age of 20, Anannya is a social entrepreneur who specializes in gender equality. She spearheads the Inner Goddess’ vision, programs, and outreach. Her other initiatives include Big Sister Program, a mentorship program for underprivileged girls, and is currently a Sexual & Reproductive Health & Rights fellow at The YP Foundation. Her passion lies in understanding and supporting the intersection of gender and poverty. She also wants to eventually pursue a degree in Public Policy to aid the same! A two-time Vice President at AIESEC in Chennai, Anannya was the Indian delegate of the 2017 Girls G20 summit at Munich, Germany.