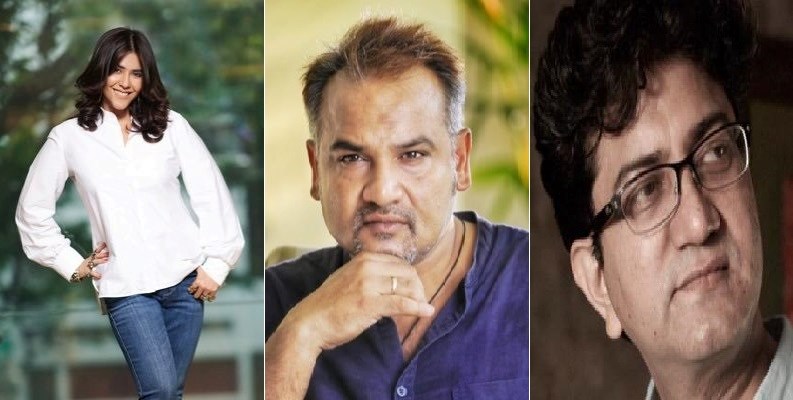 Government of India is out with new guidelines for OTT platforms and its faced with mixed response. Some film personalities such as Ekta Kapoor, Prasoon Joshi, filmmaker Nila Madhab Pand and more have welcomed it, some have voiced their concerns.

Ekta Kapoor took to her social media and welcomes the guideline; she tweeted, “Heartening to see the new guidelines that provide a level playing field for digital news media and OTT platforms. #ResponsibleFreedom”

CBFC chairperson and lyricist Prasoon Joshi said responsible and accountable mechanisms will only bring in “more quality and maturity in a commercial creative industry”. “Measures taken for a level playing field and empowering consumers would provide clarity for content creators of emerging platforms,” Joshi tweeted.

Director Nila Madhab Panda, known for films like I am Kalam and Kadvi Hawa, said digital media must be used responsibly. “Freedom comes with responsibility, digital media can do a lot of good if used correctly, great decision by the government, @PrakashJavdekar Sir @rsprasad sir, also giving a forum for users grievances is the correct way ahead. #ResponsibleFreedom #OTTGuidelines”

The government has issued a ”code of ethics” and three-tier grievance redressal mechanism would be applicable for OTT platforms, such as Netflix, Amazon Prime Video and Disney+ Hotstar, news publishers and digital media.

Seeking to establish a soft-touch regulatory framework, the government said OTT platforms would have to self-classify the content into five age-based categories – U (Universal), U/A 7+ (years), U/A 13+, U/A 16+, and A (Adult).

7 Most Nutritious Vegetables You Can Grow On Railing Pots

The streamers have been self-regulating their content as per Indian laws until recently but some of the shows have stirred controversy, most recently Amazon Prime Video’s show Tandav, which was accused of hurting religious sentiments.

A scene in the show led to multiple FIRs on directors, actors and the India head of the platform, prompting the streamer to chop the scenes from the political drama.

Other shows that have angered a section of people include Netflix’s Leila and A Suitable Boy and Amazon’s Paatal Lok.