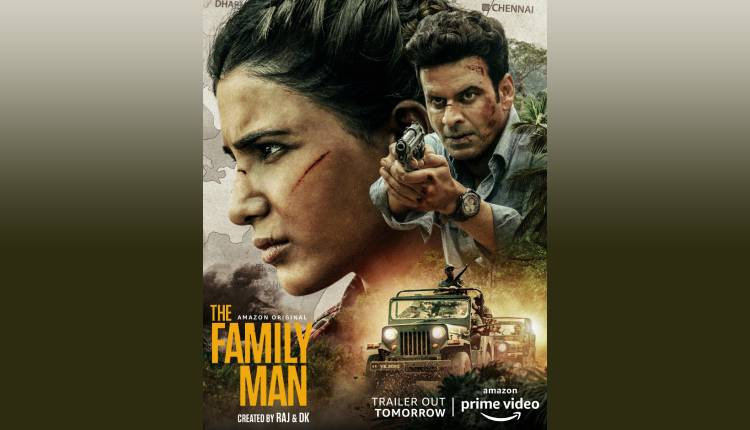 Staying true to their “summer commitment”, the talented creator duo, Raj & DK are back with the trailer launch date for the new season of highly acclaimed Amazon Original The Family Man with a bigger scale, higher stakes, and a new mission for the world-class spy ‘Srikant Tiwari’

MUMBAI, India, 18 MAY 2021 –Amazon Prime Video with maverick and well-acclaimed creator duo, Raj & DK are back with a piece of exciting news on the trailer of the new season of the Amazon Original Series – The Family Man. The trailer for the new season is scheduled for launch tomorrow.

In the new season, the nation’s most adorable Family Man aka Srikant Tiwariaka Manoj Bajpayee is finally back with a multifaceted rendition of his most-awaited action spy thriller. This time around, the struggle is more intense because not only is he struggling to balance his family and his ever-demanding professional life, but he also faces a new nemesis ‘Raji’(essayed by Samantha Akkineni).

Synopsis: The Family Man is an edgy, action-drama series, which tells the story of a middle-class man, Srikant Tiwari, who works for a special cell of the National Investigation Agency. The series explores Srikant’s tight-rope walk as he struggles to strike a balance between his secretive, low-paying, high-pressure, high-stakes job and being a husband and a father. This is a story of a middle-class guy who is a world-class spy.

Declutter Your Data: Six Signs That Show You are a Digital Hoarder