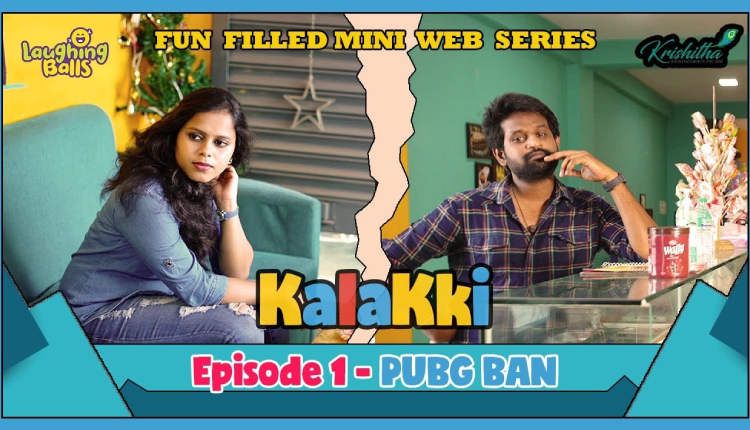 Kalakki, a fun-filled mini rom-com web series launched on the Youtube channel named Laughing Balls recently. Produced by Krishitha Entertainment, the new Tamil web series comes with the genre, rom-com (romance and comedy). It revolves around the life of four bachelorette friends with a tale of romance for an inmate. The four different personalities having fun and chit-chat about each other’s life events. While the promos of the mini web series did well, the first episode of Kalakki is not an exceptional one. Kalakki’s first episode records the fun elements present in the bachelorette room of four friends. It portrays the blend of love, and friendship wherein one of the mates narrates his love story to his friend along with the other two inmates. The first episode of Kalakki has come out quite well with the real fun elements. Of course, Kalakki is extremely relatable to the bachelorettes out there. And what not? It can be the best when it comes to the amalgamation of romance and comedy. After all, watching a rom-com mini video can make our leisure time a better one.

Well, more such laughter-filled Kalakki episodes are waiting for us to enjoy. As of now, click here to enjoy the first episode of this mini Tamil web series:

Awesome Benefits of Having a Cousin of the Same Age