Sunflower Series Gets A Streaming Date 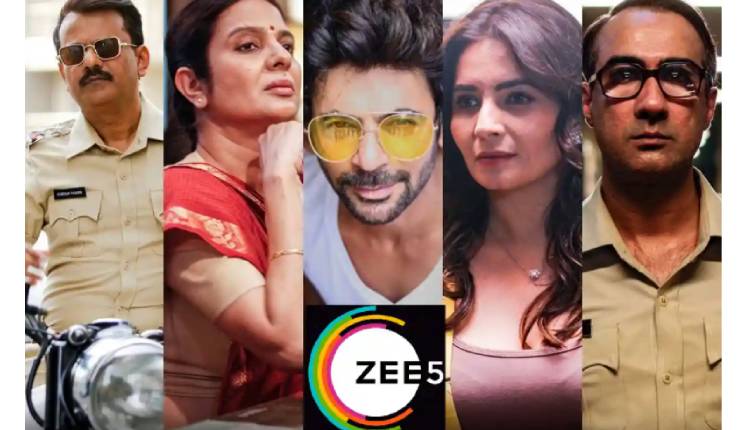 The makers of the Sunflower series starring an incredible ensemble of Sunil Grover, Ranvir Shorey, Mukul Chaddha, Ashish Vidyarthi, Shonali Nagrani, Girish Kulkarni, and Sonal Jha among others unveiled a stunning new poster and confirmed that the series streams on coming 11th June.
The official handle of Reliance Entertainment dropped the poster, featuring Sunil Grover and wrote, “Unveil the mysteries of #Sunflower, premiering 11th June on @zee5premium. #TheUnCooperativeSociety…#VikasBahl #RahulSengupta @whosunilgrover @ranvirshorey @mukulchadda @ashishvidyarthi1 @shonalinagrani @sonaljhaofficial @radhabhatt @salk.04 @officialashwinkaushal #GoodCo @sarkarshibasish @riaoninsta @simrannerurkar @girishkulkarni1 @dayanaerappa”
This new series is based in a housing society called Sunflower, where a murder takes place and is followed by a police investigation. The protagonist of the series, Sonu, is a lovable character from a small town who is quite clueless when it comes to the ways of the world. He gets involved in the murder and everything he does only makes it worse for him. The makers of the series recently released the logo of Sunflower and it looks very promising!
Sunflower is written by Queen director Vikas Bahl and that’s just another reason to get excited about it.