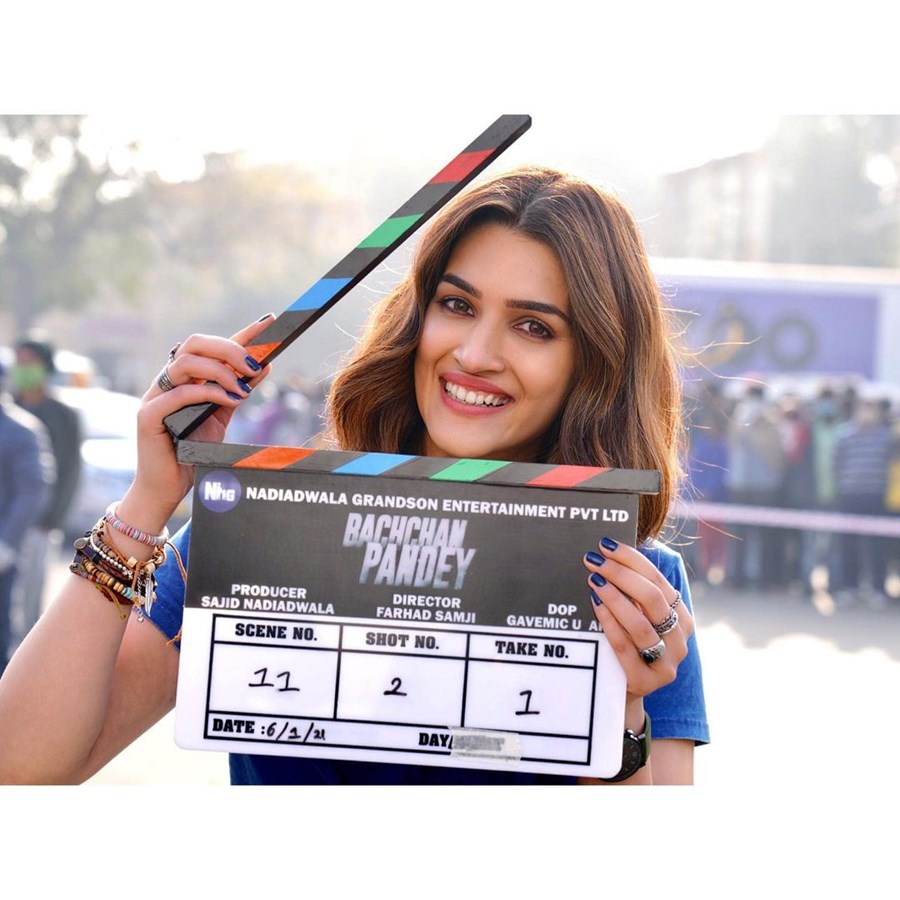 Actor Kriti Sanon took to her social media and shared some of the most beautiful and candid pictures from the first day shoot of her next outing with Nadiadwala Grandson’s Bachchan Pandey, with whom she made her debut.

Going down the memory lane and expressing her excitement about the mega-movie with Khiladi Kumar, actress Kriti Sanon took to her social media and captioned the pictures, “1st Day of 1st film shoot in 2021!! With the production that gave me my very 1st film! #BachchanPandey Here we go…@wardakhannadiadwala @nadiadwalagrandson #SajidSir @akshaykumar @farhadsamji @sknadiadwala”

The cast and crew of Sajid Nadiadwala’s ‘Bachchan Pandey’ kick-started the shoot of the action flick in Rajasthan’s Jaisalmer.

Nadiadwala’s sons Subhan and Sufiyan gave the clap for the first shot. Warda Nadiadwala also shared the stills and video from the Pooja and Mahurat shot.

She captioned it, “Muhurat shot done. Congrats to you all. Good luck team BachchanPandey @Skhannadiadwala @SufyanNadiadwa4″

Directed by Farhad Samji, the film will reportedly be shot in places like Gadisar Lake and Jaisalkot. The team had reached Jaisalmer on Saturday for the shoot of the flick which will be headlined by Akshay Kumar.

Akshay’s eponymous character in the film ‘Bachchan Pandey’ is a gangster who aspires to be an actor, while Kriti Sanon essays the role of a journalist, who harbours dreams of becoming a film director. The action-comedy also marks Nadiadwala’s tenth collaboration with Akshay.