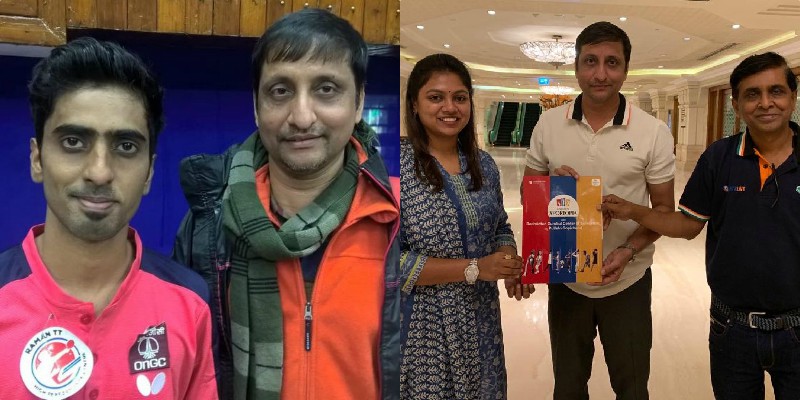 The Most Tastiest Kulfi Recipe Ever You Should Try

With India’s No. 1 paddler Sathiyan Gnansekaran having honed his skills under the tutelage of S. Raman and RB Ramesh guiding the likes of GM Praggnanandhaa, the two know how to mould young minds into future champions. Gaudium Sportopia, which has been developed by Hyderabad’s premier international school, The Gaudium, thus could not have made a better choice as they look to bolster India’s sporting future.

For table tennis, they have earmarked 4000 square feet area, where 12 boards based on age category will be available for 200 students passionate about the sport while 50 students at a time will be mentored in the 1200 square feet area allotted for chess.

“Gaudium Sportopia has been developed with the singular vision of catering to kids passionate about sports and who have tremendous potential to excel. By bringing on board proven champions to guide the youngsters, we hope to provide them with a conducive environment where their talents will be fully harnessed to make them champions,” said Ms. Kirthi Reddy, Director & Founder of The Gaudium school and Gaudium Sportopia.

An investment of 185cr will be done to build 25 + specialized sports academies by 2020. Gaudium Sportopia has already announced its association with Pullela Gopichand’s Badminton Gurukul Centre of Excellence last month.

“With India’s top coaches such as S Raman and RB Ramesh, we are not only aiming to give the students at Gaudium Sportopia the very best of training, but their association will also be vital to unearth talents and make them future champions,” said Prasad Mangipudi, Mentor, Gaudium Sportopia.

Both as a player and as a mentor, Raman and Ramesh have had excellent track records. While the paddler won the first-ever gold for India at the Commonwealth Championships in 1997 and 1999, Ramesh’s vast experience in producing several Grand Masters and guiding the Indian chess team to a gold in Asian Team Championships will come in handy in identifying world-class talents and grooming them.

“It is always great to work with young kids as I am always on the lookout for more talent. Exposing them to such high-class training so early will only benefit them in the long run,” said former four-time national singles champion and Arjuna Awardee, S Raman.

“I am excited to work with the young talent at Gaudium Sportopia. My aim will be to not just impart chess lessons but also ensure that they develop a keen sense of discipline and strong character as they look to become champions in life,” said RB Ramesh, who has been with the Indian team for the last 12 years.

With both these coaches at the helm, aided by 2 more national coaches for Chess and Table Tennis, budding players will benefit the most from the 25:1 coaches’ format along with their weekly online training and interaction with the students.

The Gaudium Sportopia is targeting to be fully operational by 2020. With 600 student capacity hostels, a high-performance centre and a high-end gym, it will look to encourage kids to pursue the sport of their choice as well as education under a single roof through its Professional Sports Career Program’ — a first for India.

With the mission of sculpting happy minds, Gaudium Sportopia is India’s first-ever sports excellence school developed by Hyderabad’s premier international school, The Gaudium. Promoted by Ms Kirthi Reddy, who belongs to the Promoter Group of Aurobindo Pharma Limited, one of the top 5 Indian Pharma Companies, Gaudium Sportopia aims to revolutionize the way the sporting ecosystem is run-in schools.

With India’s most successful Olympic coach, Pullela Gopichand on board as one of its advisors, the school is looking to bring together India’s Olympians and eminent coaches to train the budding talents. A mammoth total investment of 180 crores INR, 45 cr has been spent exclusively in creating 20+ world-class and fully equipped sport academies
built on close to 20 acres of land dedicated to indoor and outdoor sports.