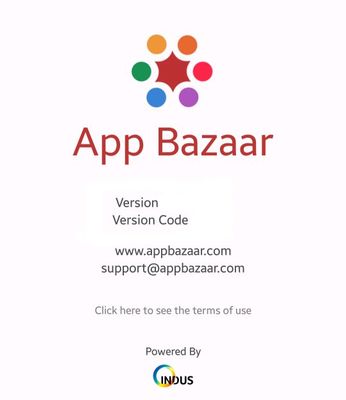 App downloads witnessed a 3.5x increase since January 2020, with the usage of Indian-language apps seeing a 2.2x jump during the pandemic

Education, card-based gaming, entertainment apps saw an increase in the installs as well as in the user engagement

Indus App Bazaar, India’s fastest growing and the largest indigenous app store, by Indus OS, has crossed the 100 million users milestone, resulting in 10x growth in its user base, in the last 18 months. The app store that is designed to help users discover new and trending apps in the language of their choice with over 400,000 apps in English and 12 Indian languages, recorded 3.5x times app installs since January 2020. The usage of apps in Indian languages on the platform has increased by 2.2x during the pandemic with Hindi, Marathi, Gujarati, Tamil, and Bengali emerging as the top languages with most app downloads.

Indus App Bazaar continues to provide a seamless platform for users to explore and consume personalized content and apps. Key features such as no mandatory sign-in through email id, availability of apps in multiple languages; coupled with AI based personalization, which ensures a smooth app discovery experience, has popularized it among users in India.

Rakesh Deshmukh, Co-Founder and CEO of Indus OS, said, “We are excited to join the 100-million-users club, and proud of how far we have come. The regional language proposition is strongly rooted in our product’s DNA; we want every user to discover and download apps in their preferred language. It is becoming increasingly evident that the next wave of growth in mobile-based services, apps, and content will come from non-urban markets and non-English users. Our success so far indicates that our strategy of developing solutions for these audiences is well-directed and will prove to be a game-changer for the industry in the years ahead. We are proud to be both “Made in India” and “Vocal for Local” as we try and address the needs of Indian consumers.”

Gaming emerged as the highest downloaded app category since the pandemic, followed by entertainment, social media, education, ecommerce, and finance. Finance and e-commerce apps witnessed a significant rise in downloads since March, with people preferring to shop and transact from the safety of their homes. Online games, a fast-growing app segment in India, have seen a further increase in the number of downloads on Indus App Bazaar (up by 15-25%) and the average time spent on the apps by users since March this year. Games involving real or virtual money have been particularly popular, recording 50-200% increase in their month-on-month user base.

Utilising its proprietary AI-driven app recommendation engine, Indus OS optimises the user experience, delivering higher engagements and bringing app developers, smartphone brands and users on a single India-centric platform. Enabled by increasing smartphone penetration and affordable internet access, mobile content and apps are on the rise across consumer demographics. Indus App Bazaar aims to build a community for Indian developers by providing a platform for them to reach their target audience and empower them with unparalleled insights and various tools to scale and optimize their app performance and maximise the ROI. There is a huge growth potential in India’s app economy, even in the wake of the pandemic, which has opened new lines of thought for various types of businesses.