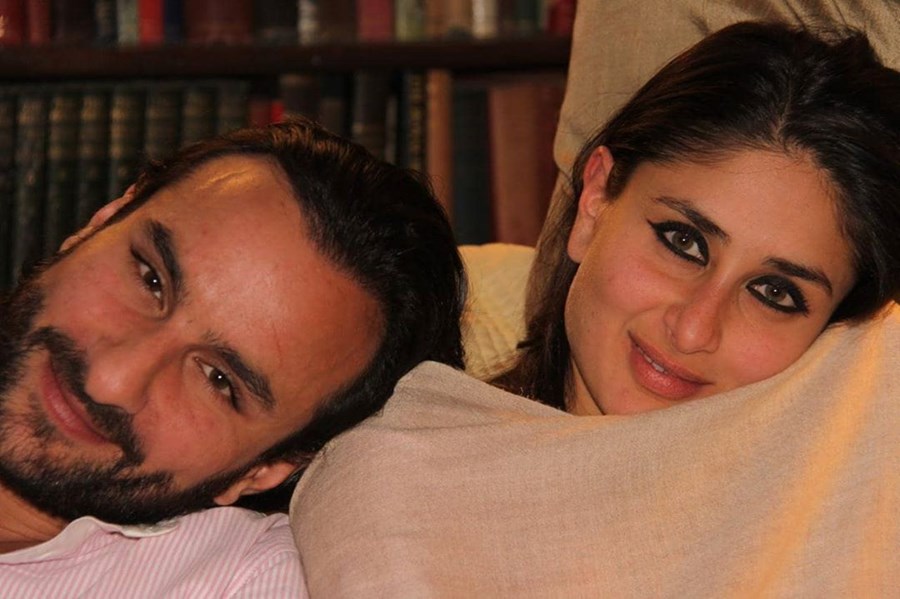 Kareena Kapoor and Saif Ali Khan clocked their eighth wedding anniversary at home with some wine and sphagetti, which according to Bebo is the key to happy married life.

Kareena just took to her social media and dropped a romantic post. She shared a picture with Saif and captioned it, “Once upon a time there was a girl named Beboo and a boy named Saifu. They both loved spaghetti and wine… and lived happily ever after. Now you guys know the key to a happy marriage….On that note, happy anniversary SAKP…here’s to eternity and beyond”

Saif Ali Khan and Kareena Kapoor got married on 16th October 2012 after being in a relationship for a long time. The couple is blessed with a beautiful boy named Taimur Ali Khan and the couple is expecting their second child.

Meanwhile on the work front, Kareen Kapoor will next be seen in Laal Singh Chaddha, opposite Aamir Khan in Advait Chandan’s directorial, which is loosely based on Hollywood hit Forrest Gump.

The film is bankrolled by Aamir Khan Productions and Viacom 18 Motion Pictures. The film also stars Vijay Sethupathi (in his Hindi film debut) and Mona Singh.

Due to the COVID-19 pandemic, the film was delayed by an entire year, will now release on Christmas 2021.