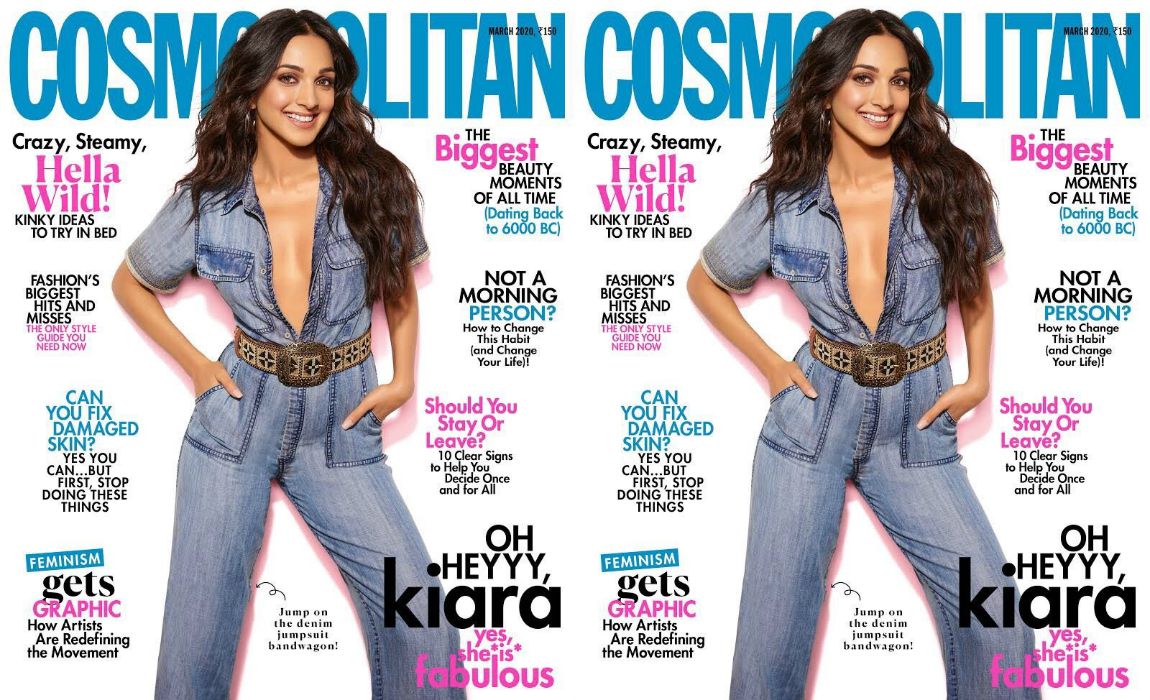 Riding high on the success of Guilty, actress Kiara Adani is glorifying denims and a million dollar smile of the latest cover spread of Cosmopolitan India. She is cover girl for the entire month of March.

Amidst of corona scare, Kiara Advani’s cover page is like a breath of fresh air. The actress shared her stunning and gorgeous cover spread on her social media profile. She captioned it, “Stay Classy, stay chic, stay cosmopolitan AT HOME stay safe! #socialdistancing101 @taras84”

Kiara also dropped a virtual cover as well, she captioned it, “My kinda cosmos… cheers in isolation #socialdistancing101”

Shershaah is a biographical action film directed by Vishnuvardhan and co-produced by Karan Johar. Tracing the life journey of Param Vir Chakra awardee and army captain Vikram Batra, it stars Sidharth Malhotra in a double role, as Batra and his identical twin brother Vishal.

Laxmmi Bomb is written and directed by Raghava Lawrence in his Hindi directorial debut. It is a remake of the South film Muni 2: Kanchana and stars Akshay Kumar in the lead. It is slated to be released theatrically on 22 May 2020.