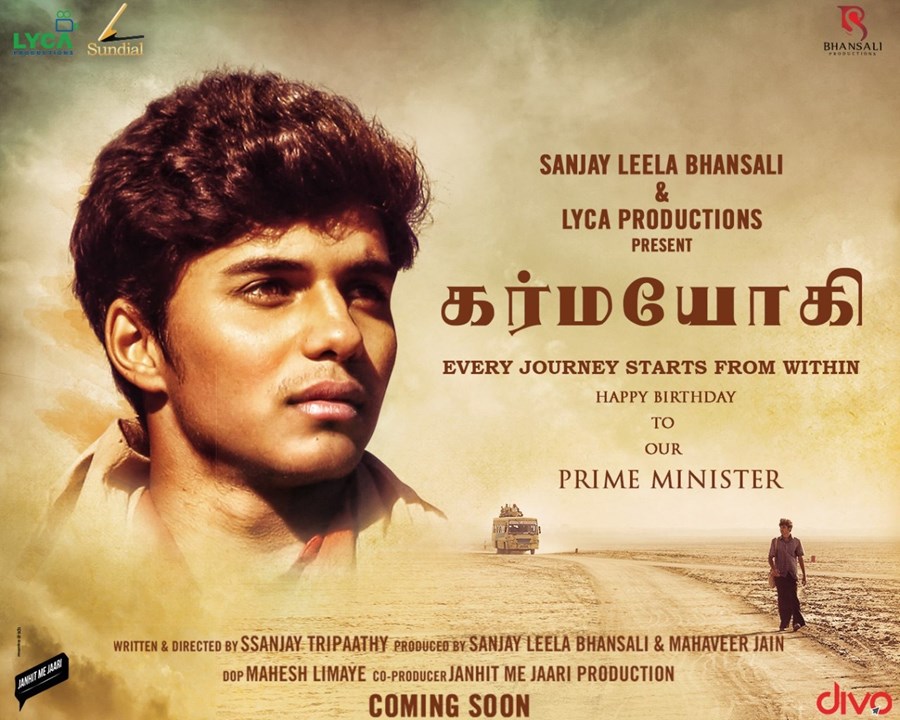 ​Raghav Juyal Is Excited About Abhay 2, Unveil His Character Poster

Today, on PM Modi’s 70th Birthday, Lyca Productions made the official announcement about the Tamil version of the film, titled Karmyogi.

The official handle of Lyca Productions tweeted, “As mark of it’s love and respect for the Prime Minister Shri @narendramodi ji on his 70th birthday @LycaProductions is Privileged to present ‘Karmyogi’ -Tamil along with legendary film-maker #SanjayLeelaBhansali produced by #MahaveerJain directed by #SsanjayTripaathy #HBDDearPM”

The film is written and directed by Ssanjay Tripaathy and is described as the “untold story from the life of the Prime Minister which has not been in the public domain so far.”

This is not the first time a film has been made on the larger-than-life figure of PM Modi. Earlier this year actor Vivek Anand Oberoi was seen playing the Indian Prime Minister in the film PM Narendra Modi. A web-series too was made on the BJP leader’s life titled Modi: Journey of a Common Man.