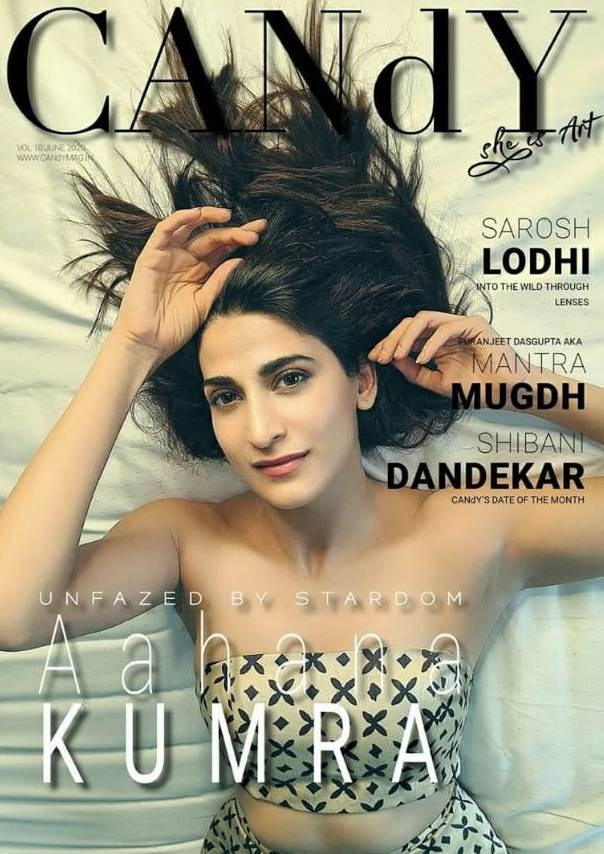 Actress Aahana Kumra blows us away as she graces the cover girl for the June issue of Candy. The actress on her Instagram shared a hot still from Candy cover shoot. On the cover page, Aahana can be seen in the striking combination of black and white flowery printed tube top and skirt. Lying on the bed Aahana posed smilingly with, her arms up and her hair open.

The Instagram of Ahana read, “June Cover for @candymag.in Excited and Happy about this collaboration!”

Aahana Kumra is an Indian feature film, television, and theatre actress. Kumra is known for her small screen debut in Sony Entertainment Television’s Yudh with Amitabh Bachchan and also her lead role in the TV series Agent Raghav – Crime Branch with Sharad Kelkar, followed by leading roles in a number of feature films.

About her upcoming project, Aahana will be seen in ‘Shamshera’. It’s an action-adventure film starring Ranbir Kapoor, Sanjay Dutt, and Vaani Kapoor. It is produced by Aditya Chopra’s Yash Raj Films.

The movie is written and being directed by Karan Malhotra. Set in the 1800s pre-Independence India, the film is an Indian adaptation of Howard Pyle’s “Merry Adventures of Robin Hood”.