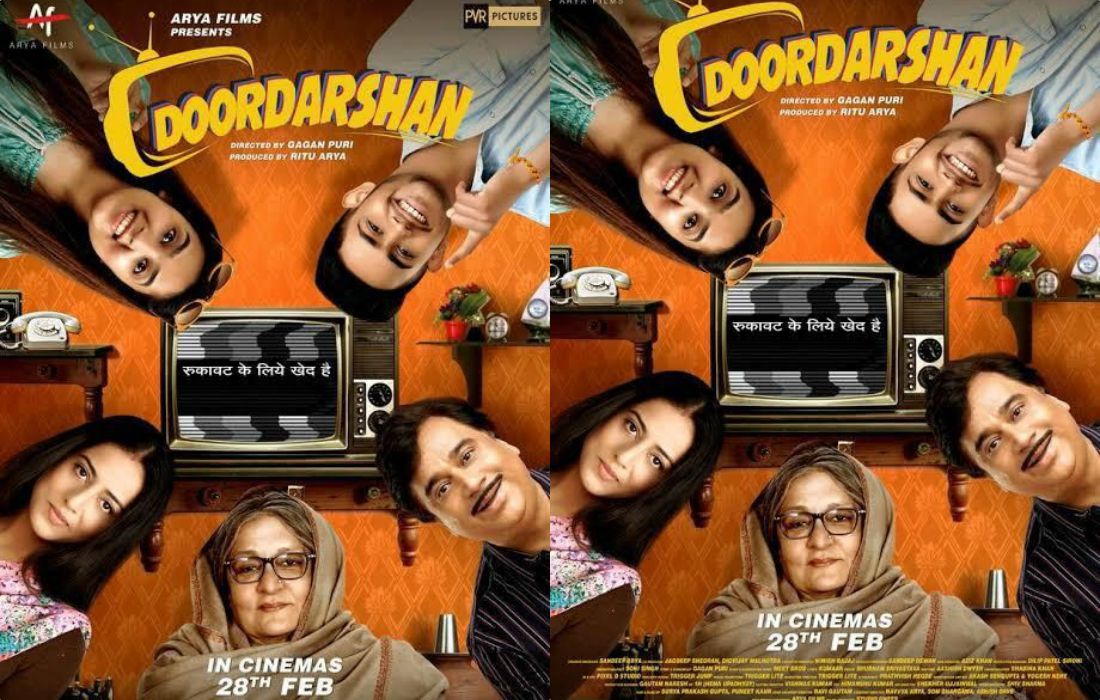 Gagan Puri’s directorial Doordarshan deserves applause. The slice of life comedy caper about a family who is struggling to ease an aged person into modern day reality, after she wakes up from a comatose state is interesting and fun to watch!

The film features Mahie Gill, Manu Rishi, Dolly Ahluwalia, Rajesh Sharma and more. Needless to say, the actors deliver a stunning and stellar performance with utmost sincerity. The movie is set in Delhi, so one could imagine the spicy tadka of local lingo and quirky takes, and vibrant characters. The film is an intersection of modern and old world, with few new-age problems, and old-age fixes, the film is a worthy watch!

Mahie Gill and Manu Rishi are warring and yet in love couple is sublime and endearing to watch. Their son Sunny (Shardul Rana) who is obsessed with pornography is seen hitting on the landlord’s daughter. This scenario is just one of the many relatable points in the film.

Comatose grandmother, Dolly Ahluwalia, grabs the spotlight, she is typical melodramatic Delhi wali grandma, who is just loveable and yet difficult. The drama is bankrolled by Arya Films and the music score is from Meet Bros.

The film does have its low points and weak spots, but overall view of the film is good. The story is well written and the screen play is good and above all the performances from artistes is earnest. It is scheduled to release on 28 February 2020.