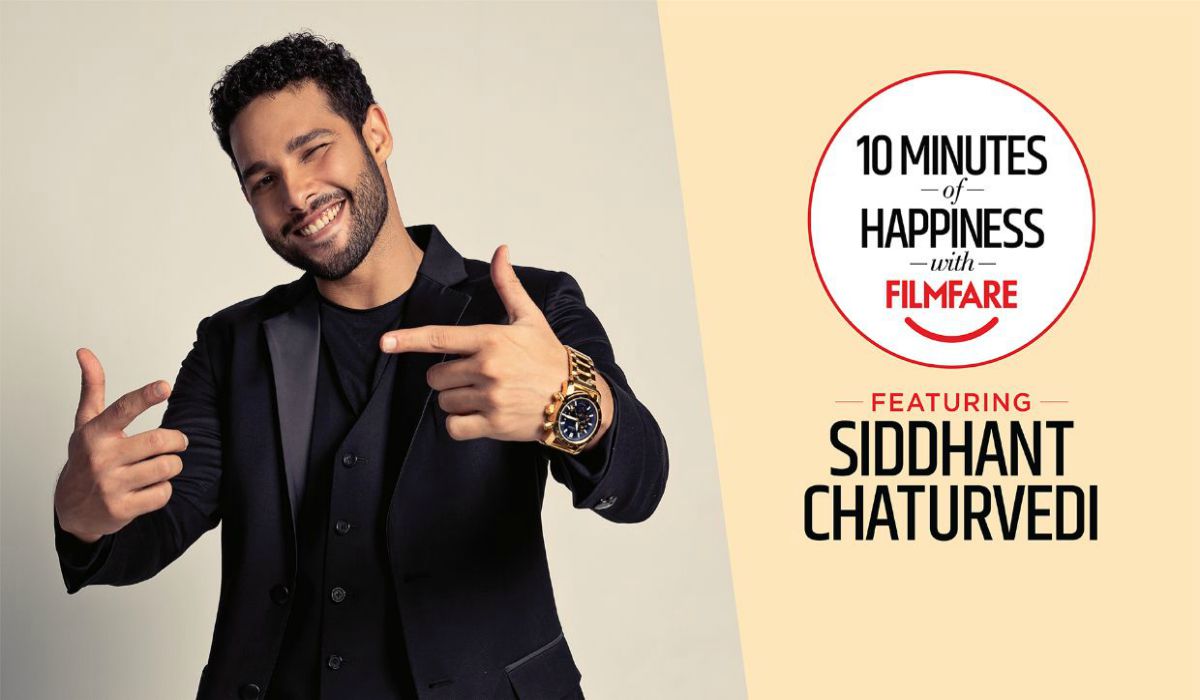 “My father had tears in his eyes when he saw Gully Boy,” shares Actor Siddhant Chaturvedi on 10 Minutes of Happiness with Filmfare

10 Minutes of Happiness with Filmfare continues its journey of spreading joy and happiness with its latest episode featuring the young and dashing actor Siddhant Chaturvedi. The rising star couldn’t have asked for a better Bollywood debut as he won hearts of a million by playing the role of MC Sher in the blockbuster film Gully Boy. The talented actor opened his heart out to Filmfare Digital Editor Rahul Gangwani speaking about how his family reacted when they saw the film and how excited his father was at the recently-held Filmfare Awards. Add to that, the budding actor speaks about how his dad has been driving him crazy by making him watch old and classic movies during the lockdown.

Starting the episode in his true MC Sher style by belting out a song, Siddhant Chaturvedi made sure that things got off to a fantastic start. Talking about his debut and the love he received, Siddhant said, “The film has been one of the best experiences we’ve had as a family. The first one was us watching the film for the very first time. And I could see my father in tears. I’ve never seen my dad like that. This was me seeing his softer side. He was so happy and proud at the Filmfare Awards. In fact, when we were watching the telecast of the awards on TV, we saw that he’s in every frame. He was sitting in the second row and you see the camera panning on him so often. I was like ‘kya footage mila hai’. He’s there more than anyone.”

5 Most Healthful Reasons To Consume Dragon Fruit From Today

Watch Siddhant speak about filming and recording his own single Dhoop at home, his upcoming movie Bunty Aur Babli 2 with Rani Mukerji, his excitement to start his upcoming projects with Deepika Padukone and Ananya Panday and many more interesting anecdotes only on 10 Minutes of Happiness with Filmfare across it’s social media platforms.