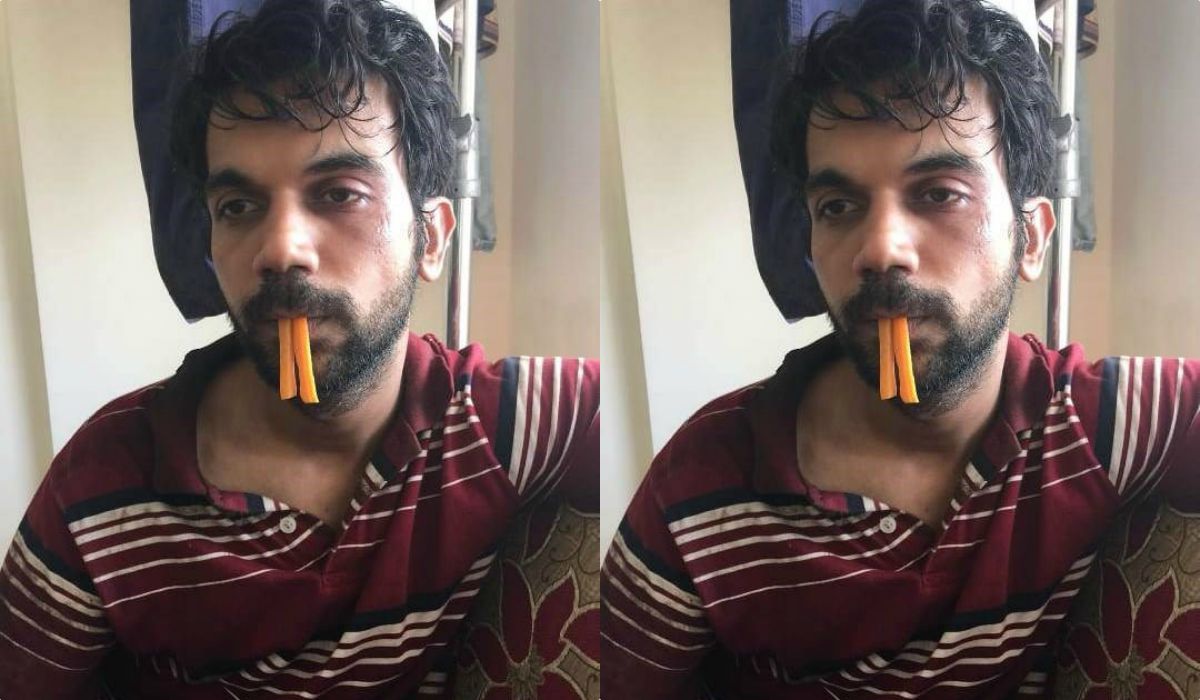 ​Simmba To Re-Release In Fiji And Australia

From playing Govind Patel in the movie Kai Po Che! to Shahid Azmi in Shahid, from playing a small role as Vijay in the film Queen to Deepak Singh in City Lights, From playing Shaurya in the film Trapped to Newton Kumar in Newton, Rajkummar Rao has nailed each of his performance with his fantastic acting. The actor who gets into the skin of each of his roles shares a throwback picture from the sets of his film ‘Trapped’.

The actor wrote, “My lunch when I was trapped in #Trapped. #Carrot&Coffee #NeverGiveUp #Throwback.”

The film revolved around the life of a call center employee who gets trapped in his apartment room without food, water, and electricity. The film which was a survival drama demanded him to look a certain way and the actor totally nailed it. Well, we can give the credit to his lunch menu for sure!

With pieces of carrot in his mouth and the look at his face, one can totally relate to the amount of hard work, he had put in for his role in the film ‘Trapped’.

5 Top Best Healthy Foods To Eat On An Empty Stomach

Rajkummar whose last film was ‘Shimla Mirchi’ has a number of films in his kitty. He will soon be seen in ‘Ludo’ which is directed by Anurag Basu, ‘Roohi Afzana’ directed by Hardik Mehta and ‘Chhalaang’  directed by  Hansal Mehta.